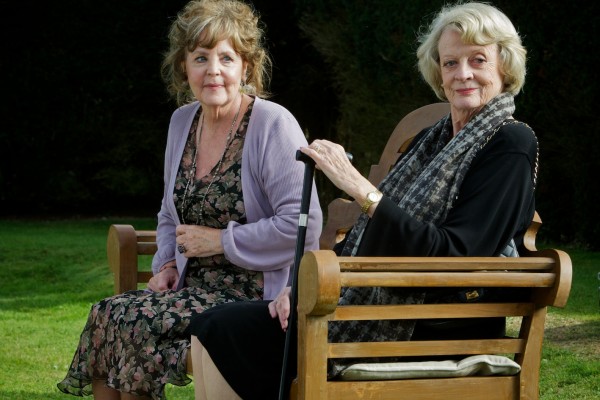 Ronald Harwood adapted his own 1999 stage-play of the same name for this big screen outing.  A long time in the making, Tom Courtenay originally had the desire to make this film with his long-term friend and compatriot, Albert Finney. However, the project resolutely refused to move forwards until Dustin Hoffman came aboard to direct, quite late on in the project, where most of the leads were already cast. That other inveterate irascible Billy Connolly takes Finney’s part.

Harwood deserves to be both a household name and undoubtedly a National Treasure, alongside Stephen Fry and Sir David Attenborough; his huge career has seen an Oscar and some extraordinary, enduring and diverse scripts, such as The Dresser, The Browning Version, The Pianist and The Diving Bell And The Butterfly. 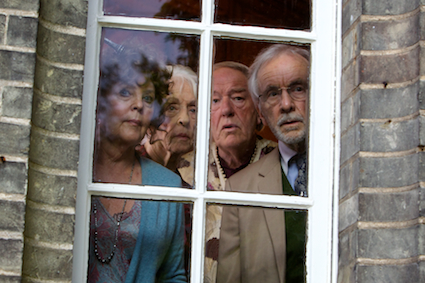 It is often difficult with all-star casts to divorce the actors from the part enough to enjoy the piece in and of itself; this said Quartet is an enjoyable enough romp, funny and moving, the actors are in fine fettle, stars certainly, but I’m not convinced that I ever believed they were opera singers. There is no doubt however, that this film will have any problem finding an appreciative audience.

As Maggie Smith opined later in the conference, too few films are made for a more mature audience and, that being the case, there is a hungry mob out there who cannot wait to see their own favourites back up on the big screen again. All of the ensemble cast are ex-professional singers and musicians and they obviously still have it, so it is great testament to the film that they are given this opportunity to shine again and let’s hope more films begin to see the advantages of appealing to a more mature audience, both in terms of enjoyment, but also no doubt, returns…AT