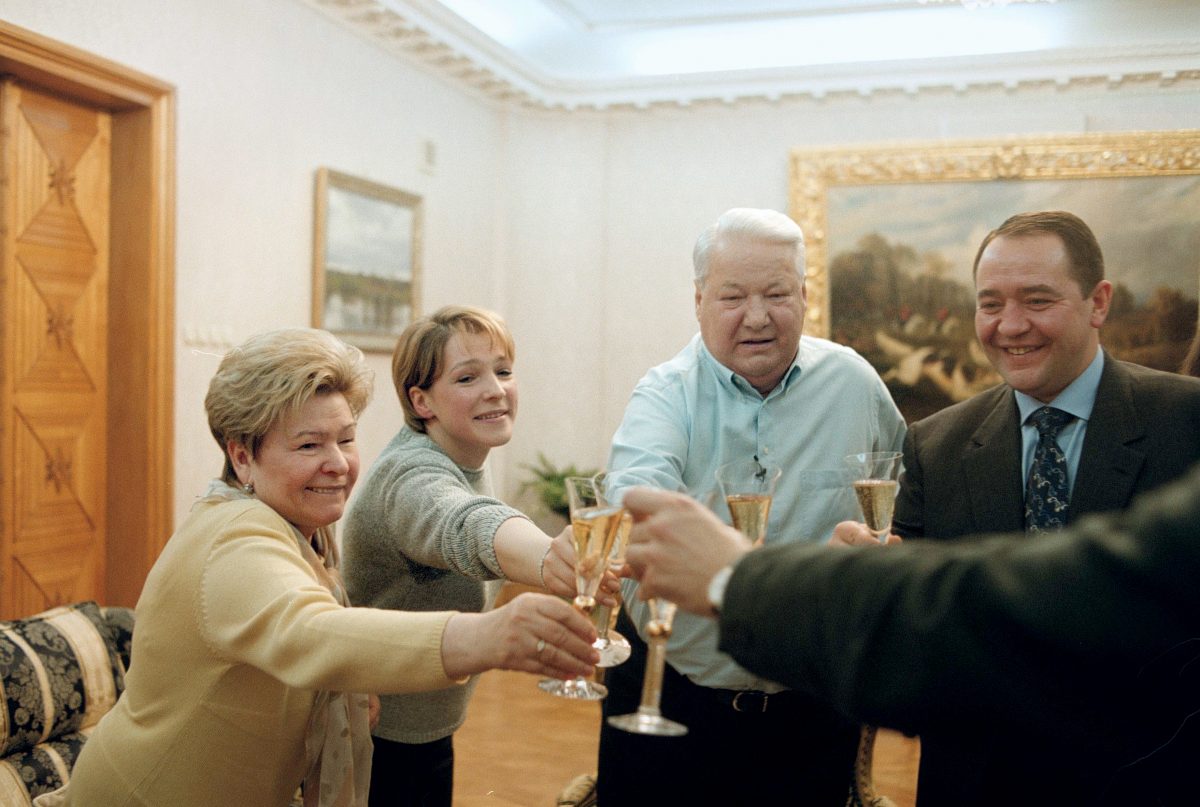 On New Year’s Eve 1999 the former head of the Federal Security Service (FSB), Prime Minister Vladimir Putin, became president of Russia. In his latest offering the exiled documentarian Vitaly Mansky (Truba) threatens to blow the lid on his own entente cordiale in a film that gives intimate and unprecedented acces to Putin himself and other protagonists on the Russian Political scene including Mikhail Gorbachev, and Boris Yeltsin, who chose the ambitious 47-year-old politician as his successor.

Ukrainian-born Vitaly Mansky bases his film on witness accounts of the events that happened in the years following that fateful day in December, perhaps the most important moment in 21st century Russian history. Making his presence known both behind and infront of the camera as he relaxes with his wife (who openly admits her hatred of Putin) and kids durimg the New Year holidays, the filmmaker offers his own telling perspective on the current man behind the iron mask who is seen delivering red roses and a hug to his former teacher and giving his own personal take on the responsibilities of being a president, while being driven to his private gym: “you have to create a world which you are happy to live in..and not hang you head in shame..when your term of office is over”. Throughout  all this bonhomie and bumfluffery, Putin smiles but remains cold-eyed.

During their voluble encounters, Mansky probes the president on his decision to restore the Soviet anthem and his reasoning behind doing appears candid and unguarded in a film that allows this entertaining expose to speak for itself. This is not about the here and now but how it all came about and throughout a sinister soundtrack signals doom and bleak resignation. At one point a sick and bloated Yeltsin puts a call through to Putin to congratulate him on his victory only to be told that Putin will ring him back. He never does. Although Mansky seems keen to humanise the whole affair, Putin’s glare never really melts, although he cracks the odd fake smile. He is man who plays his cards close to his chest, and we can see all see through the charm offensive. Mansky’s final words offer a chilly takeaway:  “Tacit consent turns witnesses into accomplices” MT