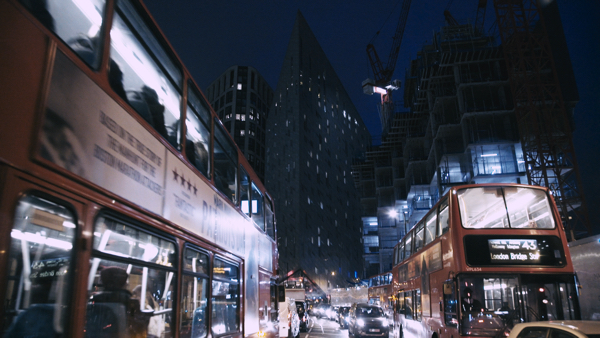 It centres on one of the UN’s Housing Reporters Leilani Farha who sets out to investigate and implement one of organisation’s basic Human Rights tenets: to be housed adequately and affordably. What emerges is a fight between David and Goliath. Farha relies on the help of local political figures to stem the tide against a housing market which excludes more and more citizens in urban centres all over the world, making it impossible for them to remain in their chosen environment.

The global property market is worth a cool £ 176 Trillion – more than twice the worldwide GDP. Farha tries to have a meeting with one of the giants of international properties, the Private Equity firm Blackstone. They were one of the main beneficiaries of the financial crisis of 2008, and spent about £ 7.75 billion buying up properties around the USA. One of these projects was in Harlem, were Farha interviews a tenant who spends 90% (2920 $) of his income on monthly rent. But this being a global economy, Blackstone has reached out as far as Sweden, where it is the biggest private owner of low-income housing. Farha visits an estate in the university city of Uppsala, where Blackstone is “upgrading” – the net result is that tenants will not be able to live in their properties any more. Shades of Michael Moore’s Roger and Me are apparent, when Blackstone cancels the meeting with Farha, wishing her a “productive time in New York.”

It would be wrong to condemn companies like Blackstone for the housing market crisis. Sociologist Saskia Sassen blames the whole of financial sector, “selling something they do not have, having invented brilliant instruments facilitating the move into other sectors”. Economist Joseph Steglitz explains that “companies do not want inexpensive real estate. They want to pay as much as possible to be able to hide more money.” Because offshore money does not always come from the Royal Family and the like, but from profits in the drug and slavery market. Italian author Roberto Saviano (Gomorrah), under police protection and riding in a bullet proof car explains how offshore companies work in laundering money: “You buy things with legal money – restaurants, hotels, houses – then you sell those properties to your companies in a tax heaven. If you want to bring your dirty money back into your country, you simply buy it from yourself at a much higher price than you paid”.

It is not surprising that London is one of most sought after cities for such schemes. The empty houses and office blocks are not loss-making – on the contrary, even without much maintenance their rising value offsets any lack of rental income. One of the 2019 projects on Blackstone’s book is to buy up the properties from what was once Network Rail. Under the railway arches in central London there are 5200 rental units, mainly small businesses and entrepreneurs.

Local authorities in Barcelona and Berlin try to stem the flood, deciding not to sell any properties.  Farha talked with Michael Müller, mayor of Berlin and a bakery owner in Kreuzberg. Both were adamant they would fight, but the baker had to put up prices to compensate for the rent rise of over 600 Euros a month – and although he knows his customers might comprehend his situation –  but they too have a budget.

Push illuminates some controversial issues in a meaty film enlivened by location shots as it travels round the globe. The conflict between rights and profits is uneven, and Farha might have the Universal Declaration of Human Rights law on her side, as quoted in the International Covenant on economics, Social and Culture Rights of 1966. You can read up on it. AS