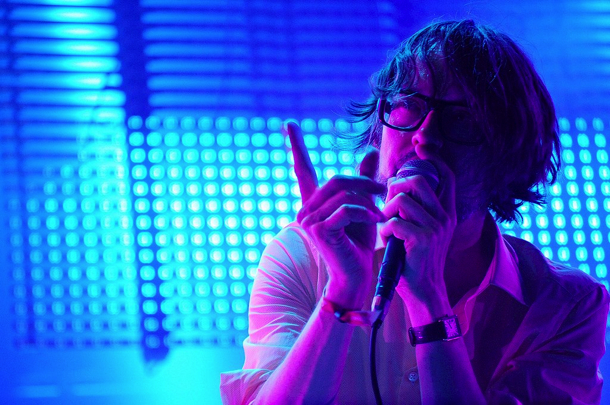 Jarvis Cocker’s quirky personality shines through this warm-hearted biopic that follows his indie rock band Pulp, in a final home town concert in 2012. Jarvis describes the film as a ‘tidying-up exercise’, after the band’s informal departure from the music scene in 2002, but acknowledges this is ‘not a very rock n roll concept’. Sheffield is very much a part of the story and the reason for the open-armed welcome the band receive for its swan song. Jarvis has maintained a low-key presence on the music scene since he put the band to bed, quietly pursuing other creative projects while living modestly in a Victorian semi; vehicle maintenance and feeding the ducks are also part of his routine.

Sheffield is a town where superlatives don’t exist. But most locals (interviewed in vox-pop) were looking forward to the big night and seemed to think the band was “alright” (meaning fantastic in ‘Sheffield-speak’). The Yorkshire town is nothing to write home about according to Jarvis; but if he did write home, it would be a love letter and a heart-felt tribute to the humdrum comfort of the city and to ‘Pulp’, as well.  German-born New Zealander, Florian Habicht, handles his subject with artful aplomb, capturing a palpable sense of place and bottling it for all to savour, not only diehard fans.  Pulp is a collaborative effort with the locals: the paper-seller, the knife-maker, kids, the old and the down at heel. 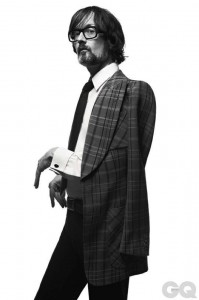 Jarvis Cocker cuts a geeky figure as a rock God but, strangely, that’s what he’s become – with his fine line in tailoring and ‘lifts’ – odd to see on a man of 6ft 2 – and a natural sense of highly intelligent humour: he never takes himself too seriously and makes fascinating viewing with his self-deprecating charm, Fame has never suited him, feeling like a “bad nut allergy’. A teenage lack of confidence with the girls led to much  introspection as to how he could get the girls, and it was largely with this in mind (or so he claims) that writing music came about; although success came much later. Candida Doyle claims she helped finance the band in the early years, but still plays keyboard despite her arthritis – not a cool disease for a rock chick, she admits. For his part, Jarvis feels happier sharing emotions with his concert audience than face to face and his gawky movements on stage are unselfconscious because during gigs, he thinks of ‘absolutely nothing’. Some of his lyrics are as darkly funny as Morrissey’s: the misery of love and loneliness; the grey sadness of the industrial landscape epitomised in bleak despair of the tortured artist, tinged with bitter irony.

But it’s the fans and locals who provide the most laugh-out loud moments. Frank, salt of the earth characters are unfazed by his fame but deeply fond of his music. And the band, strikes a deep empathy with everyone. With songs such ‘Common People’ and ‘Help the Aged’  he has truly bonded with the underdog, the disenchanted and the disappointed; buying into the Nation’s psyche with the engaging power of Britpop and the National trait of deeply engrained stoicism.  It’s always sad to say goodbye but there are good ways to do so, and Habicht has found a rousing, warm and honourable one.  MT