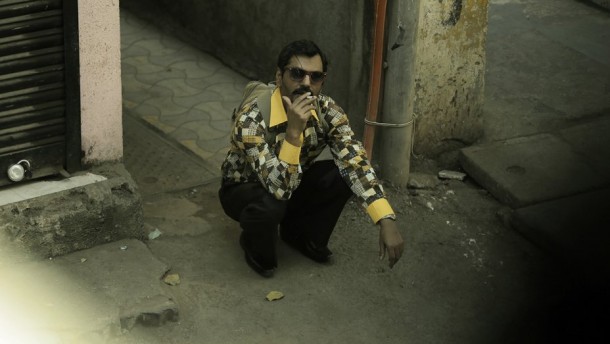 Writer-director Anurag Kashyap is best known outside India for his dazzling gangster saga Gangs of Wasseypur that took the LFF by storm in 2012. His latest crossover outing is an arthouse thriller with a Bollywood signature premiering at Cannes Film Festival’s auteur side-bar Directors’ Fortnight.

RAMAN RAGHAV spins the common perception that criminals and cops have sociopathic tendancies in common. Stained by a violent misogynist streak, this is a nevertheless a strangely captivating story not least for its sizzling snapshot of modern Mumbai – a city that seethes with a sleepless outdoor population making it an ideal setting for a crime thriller. Taking its name from an infamous ’60s serial killer Raman Raghav, who killed 41 people on the streets Mumbai, this violent and rambunctiously rowdy film is fuelled by a pulsating energy and punctuated by Ram Sampath’s electronic score. With violence aplenty but hardly any gore, the director inculcates an atmosphere of palpable fear from the opening scene where we first set eyes on our narcissistic abusive anti-hero Raman (Nawazuddin Siddiqui in ferocious form). But he is not the only character wielding a weapon – a bloodied car-jack that he drags along behind him noisily – Detective Raghav, investigating the crimes, has a licence to kill that is equally illicit.

Nawazuddin Siddiqui carries the film with glaring eyes and a gleeful disassociation from the terror wreaked in his brutal killing spree: murdering just for the pleasure of it, indiscriminately and abundantly as a reflex action. Siddiqui’s greedy smile and peacock preening make him a hateful criminal as Raman in total contrast to his portrayal of a lowly office clerk in The Lunchbox, this is more in the style of Sonu Duggal in Miss Lovely.

Vicky Kaushal, who played the romantic teenager in last year’s Un Certain Regard entry Masaan, is also a nasty piece of work here as the gorgeously handsome Raghav Singh Ubbi, a coke-snorting detective who terrorises his girlfriend Simmy (Sobhita Dhuliwala in a poorly underwritten role) and arrives on the crime scene before heading off for another fix. Discovering that his pusher has been murdered, his reflex action is to take out an intruder and snaffle a package of drugs, firmly establishing him as another villian rather than the hero of the piece in the audiences’ eyes. Although he rises to the occasion, Kaushal doesn’t quite muster the requisite charisma or grist for the part.

The killing rampage goes on bruised by vibrant bursts of Bollywood-style electronic vibes as the terrible two slither in and out of each other’s clutches. Both men are killers in a crime wave that showcases the inner workings of the city with an authenticity that seems grittier and more visceral than the Mumbai of Slumdog Millionaire yet with a striking psychedelic aesthetic that makes it wicked to watch, the only thing lacking here is some strong female guts. MT