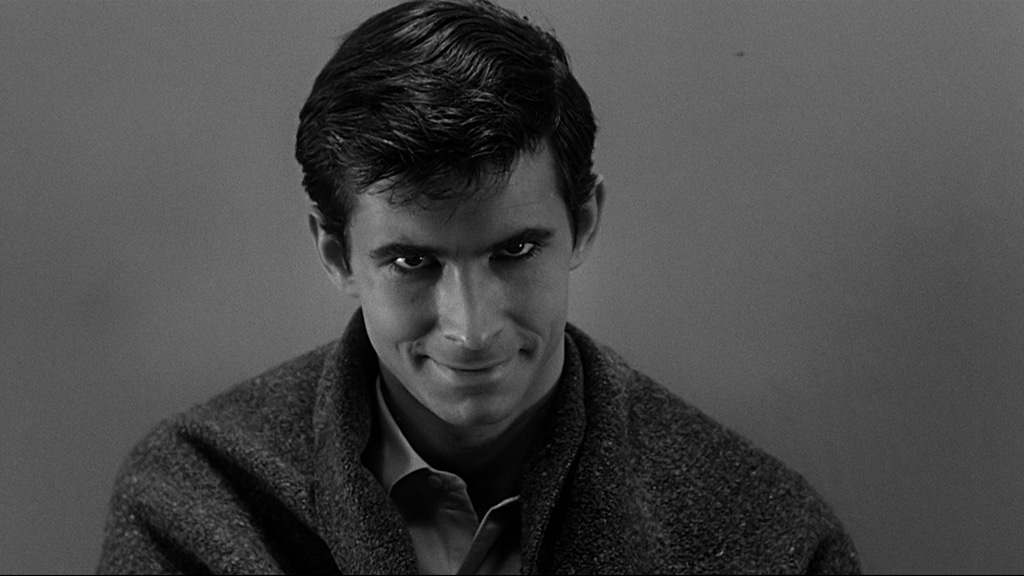 Herschel Gordon Lewis used to boast that his films where the first in which people died with their eyes open; but that’s precisely how the first victim ends up here.

One of only two films Hitchcock made in black & white after 1953 (which probably accounts for it’s relative eclipse by Vertigo in recent years), it demonstrates that a cheap horror movie can reach the heights if made by people with talent; witness Bernard Herrmann’s pulsating all-string score and a script that includes lines like “a son is a poor substitute for a lover” and “if it doesn’t gell, it isn’t aspic”. 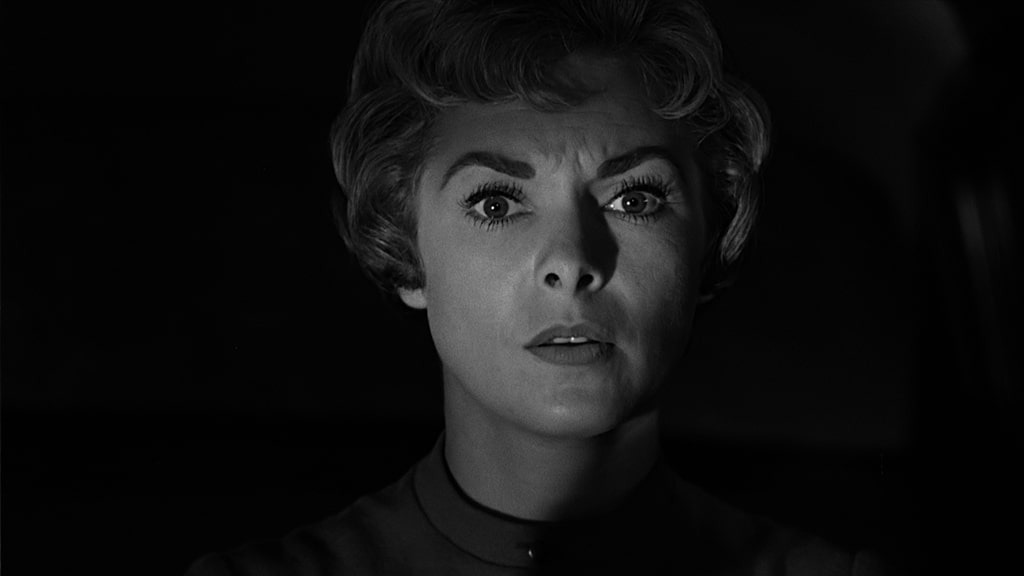 It was Hitchcock who had the bright idea of changing Norman Bates from a middle-aged recluse to a personable young man (who in retrospect resembles Lee Harvey Oswald). Flashes of The Master’s wit can be discerned in Marion’s smirk as she imagines her client’s outrage, the moment when we’re rooting for Norman when her car briefly stops sinking, Sheriff Chamber’s wife lowering her voice when she says Norman found his mother and her lover’s bodies together “in bed”, and realising a long-held ambition by showing a toilet flushing in close-up; while Hitchcock’s famous fear of policemen finds full flower in the scene with the patrolman. 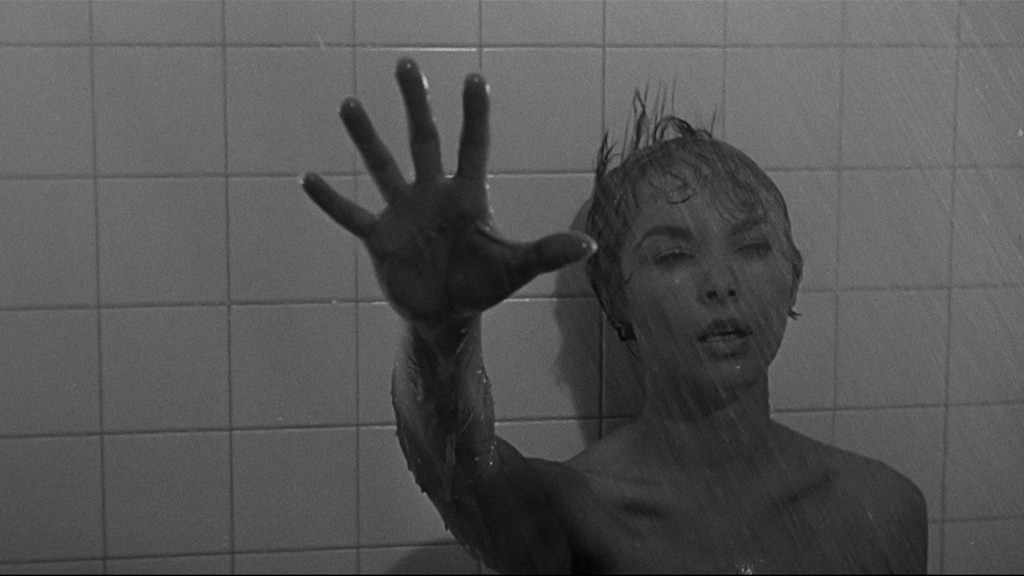 People tend to not to notice that the film takes place at Christmas and forget that the close-up of Norman (lifted from that of Michael Redgrave at the end of his episode in ‘Dead of Night’) is not the final shot in the film, since it actually ends with the car being winched out of the swamp (thus providing one final shudder since you know what they’ll find when they open the boot). @RichardChatten

Hitchcock’s PSYCHO (1960) Original Theatrical Cut 4k restored and in UK/Eire cinemas from 27 May as well as selected international territories, including: France, Austria, Spain, Denmark and Switzerland | Park Circus is representing PSYCHO on behalf of Universal Pictures.