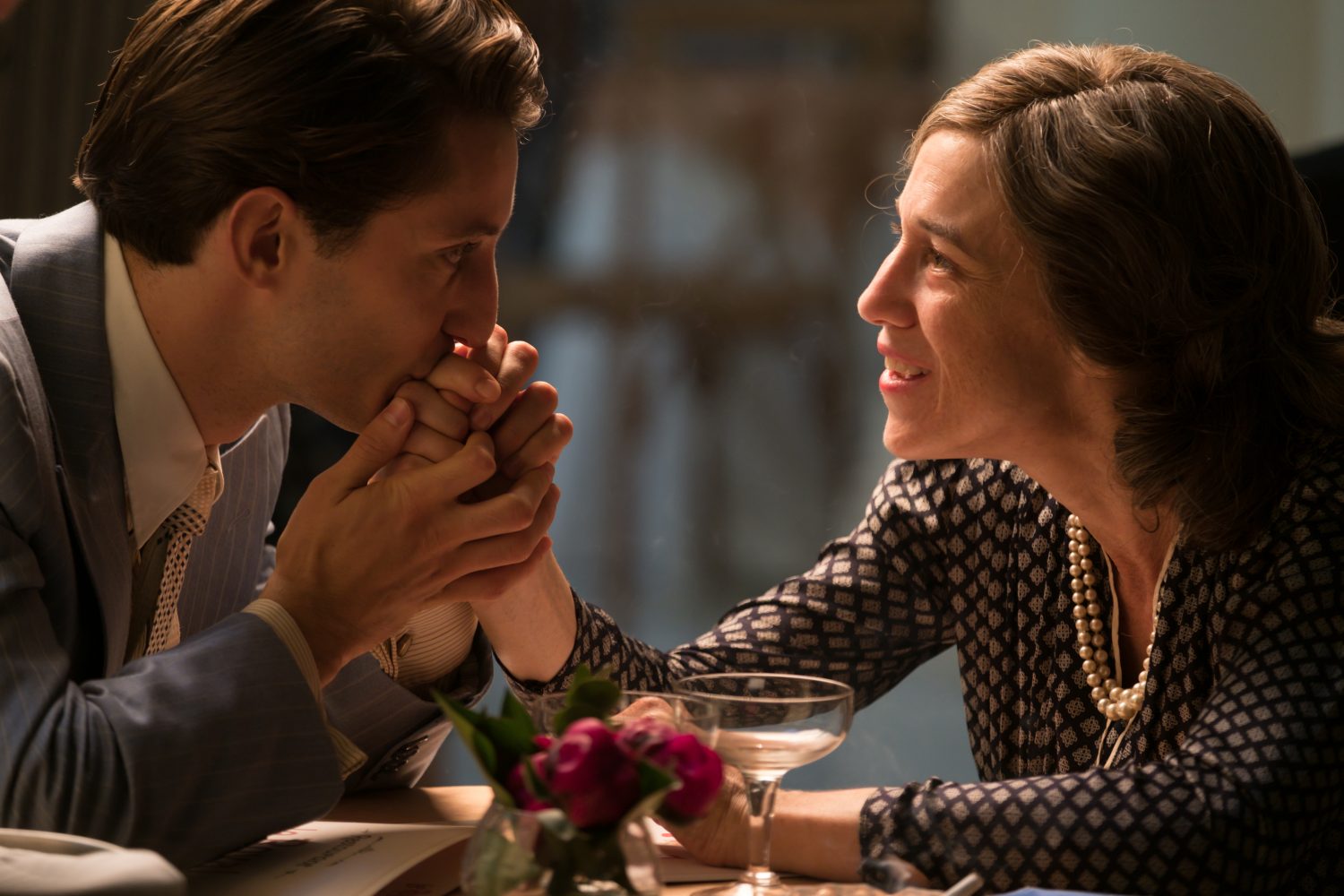 Eric Barbier’s screen adaptation of PROMISE AT DAWN has been embellished to a length that does no favours to the original story or the audience, for that matter. Charlotte Gainsbourg comes to the rescue as the enterprising actress turned hotelier in a tour de force of Jewish motherhood.

Romain Gary penned the wildly romantic novel in 1960 based on his mother’s life of self-sacrifice raising him in Vilnius (then part of Russia) in the early years of the 20th century. During the course of the film, Gary is variously played by Pavel Puchalski (as a child), Nemo Schiffman (as a teenager) and finally Pierre Niney, as a young man.

We first meet Roman Kacew during one of his mother’s many crisis. Nina is an actress turned struggling dressmaker who turns to her actor friend Alex Gubernatis for support, despite his alcoholism. Posing as Parisian couturiers, the two boost their potential amongst High Society Vilnius and business blossoms overnight, leaving Nina to spend more time with her son. The boy shows a talent for drawing, but Nina wants him to be rich and famous. The wayward young Roman (Niney) soon falls in love with Valentine but her brothers beat him up and call him a “dirty Yid”,  causing Nina’s to business falter, and she succumbs to diabetes. By now it’s 1934 and the family moves to Nice for the climate, taking  over the running of a hotel. But Roman’s eye for the girls soon sees him back in Paris, where Law studies are hampered by his Jewish credentials and philandering ways. Finally he joins the French Air Force, becoming a victim of Anti-Semitism and the only one of 300 cadets not promoted to officer status. Needless to say, Nina battles on undeterred, ever hopeful of making a success of her son in the diplomatic service.