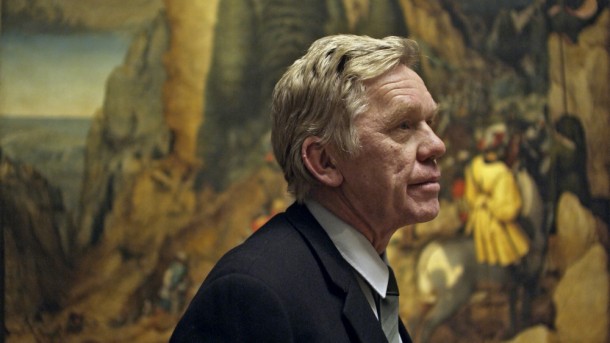 After a misspent youth travelling with rock bands, Johann (played by a quaintly appealing Bobby Sommer) has come to spend his days in the quiet splendour of the Bruegel rooms. Every picture tells a story and he is particularly captivated by the sumptuous detail of 16th century life, depicted in all its graphic gore and glory until one day the lost and diffident figure of Anne appears on the scene.  Played by Canadian singer Mary Margaret O’Hara, a stranger to the city, she has come to comfort a dying relative. 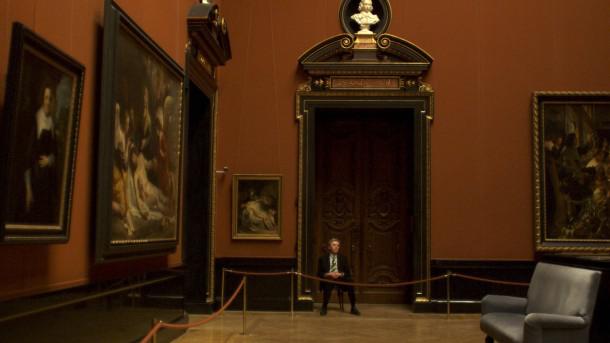 Exploring the city together, Johann acts a guide as the two introverts grow close in a tentative and respectful meeting of minds in everyday surroundings. Against the bleak and wintery Viennese backdrop, the friendship is kindled by the warmth of human kindness and decency as Johann even accompanies Anne on visits to the nearby medical centre. Gem Cohen juxtaposes the complex splendour of baroque art against the rank and random simplicity of everyday objects allowing the viewer to contemplate and meditate on the wonder of art treasures, the nature of friendship and loss, the kindness of strangers and random acts of human generosity in this world of lost and lonely souls.

Museum Hours was a film I nearly didn’t see, tucked away in the industry screenings at the London Film Festival last year. Please don’t let it pass you by. MT