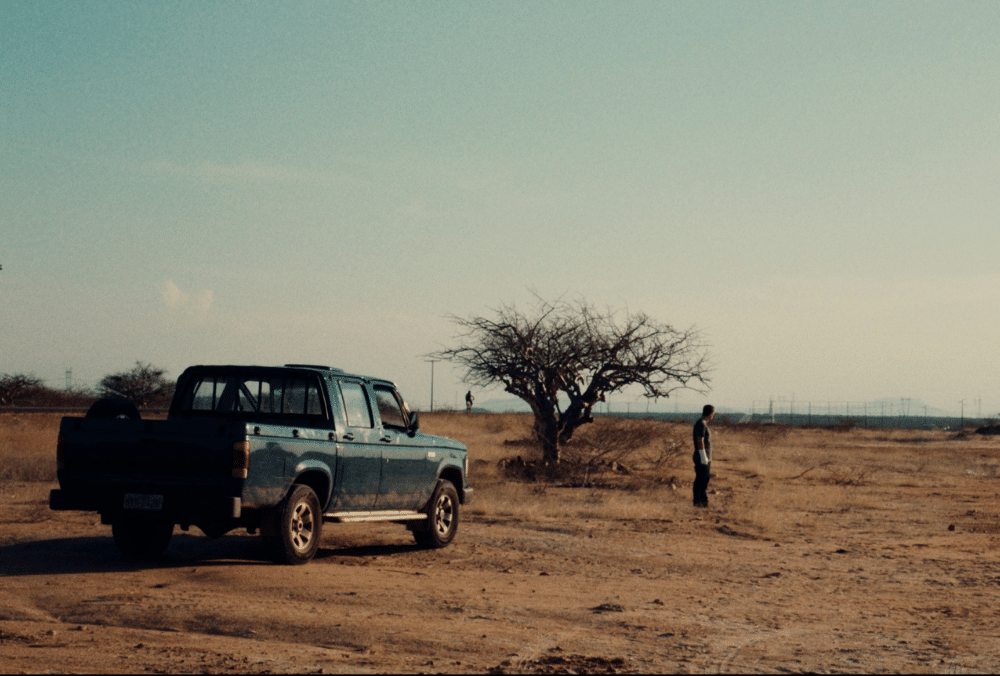 A tortured amour-fou between a violent policeman and a transgender man is at the heart of this anger-fuelled Western melodrama from Brazil’s Aly Muritiba who sensitively explores how traditional family roles are replayed in gay/transgender relationships in a strongly macho culture.

Forced to live as a straight man, Daniel (Saboia), has turned into a disgruntled forty-year old, recently been suspended from duties after causing life threatening injuries to a young recruit. His relationships with women have, unsurprisingly, been fraught. Online he has just met Sara (Fasanaro), who lives in Sobradinho, in the south of Brazil, thousands of miles away from Daniel’s hometown of Curitiba. But when Sara stops answering his calls, Daniel leaves his sister (Garin) in charge of his dementia stricken father (Zanata), and heads to Sobradinho where he produces flyers with Sara’s photo, and plasters them all over the small town. There he meets Fernando (Aquino), who knows Sara (Fasanaro) who actually goes by the name of Robson. As it soon emerges, the two are an item, but the local priest has asked Robson to undertake a “re-orientation” course with his college Oswaldo (Miranda), who himself had been “cured” from being gay. Robson’s true identity made public, thanks to Daniel’s flyers, he decides to leave for Rio, but the past is far from over.

DoP Luis Armando Arteaga conjurers up stunning widescreen images of the vast sub-continent, Daniel’s drive across the country serving as the centre piece. Pedro Fasanaro triumphs in his role as Sara/Robson, Saboia finding a certain humanity in the unlikeable character of Daniel. Aly Muritaba directs with analytical insight, avoiding sentimentality in a mature and thoughtful epic.