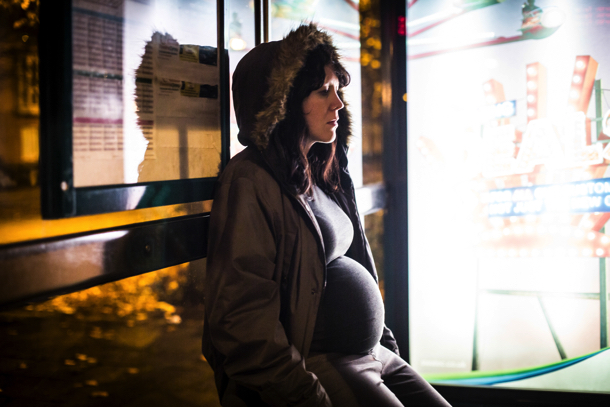 Actor and writer Alice Lowe, tries her hand at directing here in Prevenge, and her script is very much inspired by her film Sightseers, in which she also starred: in both cases, the murderous actions are committed by rather ordinary people in an everyday environment. Acting in both films, Lowe makes the connection even tighter, robbing Prevenge of any originality.

Set in a charmless Cardiff, Ruth (Lowe) is pregnant with a baby girl, the child’s father having died in a climbing accident. The baby seems to have a mind of its own, talking to her mother, mostly encouraging her to commit some gruesome murders. First in line for execution is an uncouth pet show owner (Skinner), who rapidly meets his bloody end; followed by an obnoxious DJ (Davis), and a joyless career woman (Dickie). The last case robs us of any sympathy we might feel for our our heroine, and the other attacks underline the fact that Ruth is an out and out psychotic. This serious factor takes the fun out of the movie, and all that remains is an endless blood feast, and a rather botched ending. Prevenge also suffers from its one-dimensional protagonists who, with the exception of Jo Hartley’s midwife, feel utterly unconvincing.

It is ironic that film directed, written and starring a woman should be aimed at a mostly male audience. Gory repetitions aside, the endless clichés simply overwhelm any sort of attempted humour: in spite of Lowe’s stellar performance, Prevenge  is just a bloody rant. DoP Ryan Eddleston’s images are as pedestrian and redundant as the whole enterprise. AS