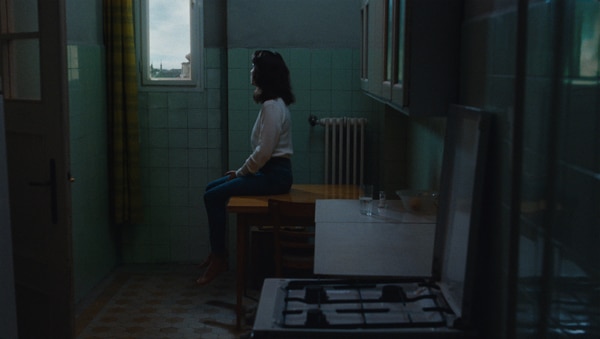 Preparations to be Together for an Unknown Period of Time (2020)

Natasa Stork plays a woman who gives up her shiny life in America to return home to Hungary in Lili Horvat’s enigmatic counter-migration movie.

Natasa Stork is forty–year old neuro-surgeon Marty Vizy who leaves a glittering career in New Jersey to start a new life when she falls for a colleague at a conference. Vizy had put all her energy and talent into her profession in a 24/7 week of total commitment. The new man in her life, Dr Janos Drexler (Bodo), promises to meet her a month later at the Pest end of Liberty Bridge in Budapest. But when she gets there he is nowhere to be seen and later insists he has never even met her.

What could have been daft or pretentious is made intriguing by this stunning lead performance that lifts the feature out of the mundane and into a sinuous psychological game of cat and mouse.

Marta is a very sober woman – in spite of her coup de foudre – and determined to get to the bottom of Drexler’s change of heart she continues as arranged back in Budapest (at the same hospital as Drexler) her new colleagues, especially the elderly Dr. Fried (Lukats), suspecting some kind of personality disorder, rather than the more simple explanation that she’s been ditched. Even her psychiatrist (Toth) doubts her version of events.

Her only close contact in Budapest is her friend Helen (Moshier) who helps her to rent a flat. But soon Drexler and Marta start trolling each other openly in the city in an intricately choreographed waiting game, Marta growing increasingly jealous of a young blonde woman who seems to be close to Drexler.

In her immaculately crafted sophomore feature Horvat brings all the ends together in the final ten minutes, with Marta changing from hunted to huntress. DoP Robert Maly puts an idyllic spin on Budapest, not quite an ad for the city but along those lines. But Stork steals the show, hard-edged and soulful in equal measure. The running time is just right, anything longer would have toppled the poetic structure of this modern fairy-tale. AS