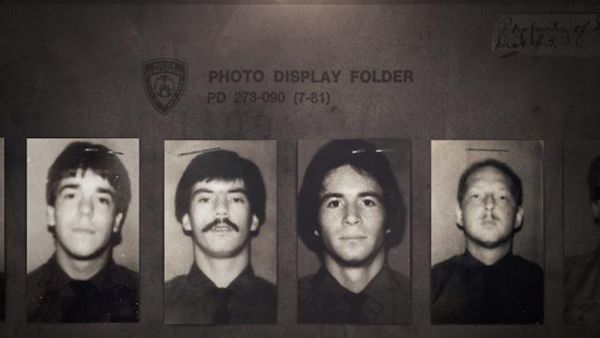 A documentary surrounding the life and crimes of the infamous, corrupt NYC cop Michael Dowd

True Crime doesn’t get more fascinating or entertaining than Tiller Russell’s film about a cop who swung between a life of crime and policing the notoriously deadly East NYC of the 80s and 90s when around 3500 murders were committed each year. This was a time when being a ‘good’ cop meant knowing how to cover your buddy’s back rather than being honest and capable. A Most Violent Year recently dramatised how individuals worked the system in the crime-ridden US capital but PRECINCT SEVEN FIVE goes a step further to explore how, according to Russell, most cops in the five-mile square stretch of territory that would “scare Clint Eastwood” were also, to some degree, in cahoots with a criminal network.

Seen in court appearances and in person as focus of the story, Michael Dowd emerges as a likeable and charismatic character sounding a bit like Joe Pesci. As Russell zips through the encyclopaedic details of his misdemeanours, a catchy score of eighties hits plays in the background rendering the full flavour of this emblematic era: tunes from the Stones, Serpico and so on. The piece is further enlivened by some classy black and white photos of the vintage.

The doc opens with footage of Dowd in the dock as he is investigated by a commission for police corruption in 1993. Flanked by his lawyer, he listens intently and admits to committing “hundreds of crimes” while serving as a police officer. The court appearances contrast starkly with his enthusiastic almost volatile contempo interviews that chronicle his fall from grace from a straightforward young police office in 1982 to a fully-fledged gangland operator. As is often the case, it all started as the ‘thin end of the wedge’ when he took a small bribe from a ‘perp’ he was apprehending at traffic lights. The fillip of each cash made him ‘feel good’, and gradually he was able to provide more luxury for his young family: new cars, trips, jewellery for his wife, and eventually even a holiday home in Florida.

Trust between cops is the badge of honour and the most important element of working in the Precinct and Dowd eventually partners up with Kenny Eurell, whose quiet attention to detail perfectly complimented Dowd’s negotiation skills on the streets. Meeting maverick arch crims, Dominican druglord Adam Diaz, and arch crim Baron Perez, (who operated a drugs ring fronted by a car stereo shop) they formed a mutually beneficial alliance which earned them thousands of dollars per week – the icing on the cake of their police wages, which covered their ordinary household expenses.

But the pair knew that these rich pickings couldn’t last forever; the guilt was taking hold of Dowd and spending sprees were starting to be difficult to conceal, especially when he took to driving a bright red Corvette Stringray. And he was also developing a cocaine addiction, when things started to go wrong.

Well-paced and wittily-scripted, PRECINCT SEVEN FIVE zips along and there’s a vicarious cheeky enjoyment that spills over from the confessions and revelations of these opportunistic yet ordinary men. It’s easy to see how the whole affair developed and somehow we don’t end up hating their guts: Russell ingeniously contrives to make the audience feel empathetic, even complicit, with the pair. Interestingly, in the end, Dowd emerges more regretful about damaging his personal relationships than remorseful for the crimes he committed. A rip-roaring ride through a NYC of the 80s-90s. MT