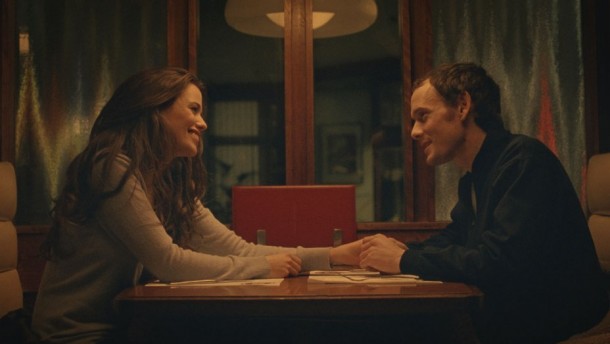 In his feature debut, director/co-writer Brazilian filmmaker Gabe Klinger relies almost totally on atmosphere and some beautiful, dreamy images – but leaves his two main characters largely underwritten so the audience is left guessing.

American traveller Jake (Yelchin, in his final role) meets French archaeologist Mati (Lucas) in Porto, where the two have a passionate one-night stand. Jake wants a relationship, but Mati returns next day to her professor and lover Monteiro Oliveira – in spite of her misgivings about the relationship. In the end we see her regreting her decision to her mother (Leburn) in Paris.

The narrative is split in three sections: Part I, “Jake” tells the story of how the two lovers met at a restaurant. Part II, “Mati” features the archaeologist being disappointed by her marriage, which leads to a split which seriosuly affects her daughter, before setting out to Paris to meet her mother. Part III “Mati and Jake” is a very detailed observation of their sexual relationship.

Trying hard to emulate the Nouvelle Vague, Klinger relays on the wonderful camerawork of DoP Wyatt Garfield (Mediterranea), whose Porto is a city of wonders. So are the interior shots, creating magic out of the simplest rooms; whilst the images in the restaurant, where the couple meets, are full of enigmatic longing. This makes for an enjoyable watch. Unfortunately, we learn next to nothing about the protagonists who are purely intuitive, acting on impulse. PORTO is at its best in the scene where Mati returns with Oliveira to her flat, only to find Jake still in bed. The much older professor is very restrained, making small talk, as if nothing has happened. But Klinger never explains any motivations, the trio remains a total mystery, making it impossible for anyone to care for any of them. What remains are images, unsettling in their mysterious otherworldliness. An enigmatic tribute to Anton Yelchin. AS