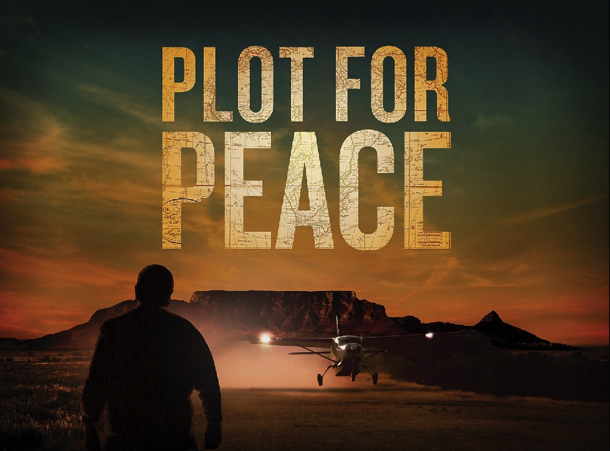 This documentary gives a rather different account of South African history between the late 80s and the release of Nelson Mandela in February 1990 than the official version: it tells the story of Jean Ives Ollivier, a French oil tycoon who mediated between the hardliners of the SA government, the representatives of the neighbouring nations and France, to bring about the end of Apartheid.  Ollivier, known as “Monsieur Jacques” (straight from a cold war spy novel) dealt with the different governments on a purely economical level: he sold the peace plan to the South Africans because he convinced them that they would keep economic control of the country even after Apartheid (as it turned out, a true prophecy). To the neighbouring nations he promised stability, which again materialised in Namibia (which gained independence from SA) and Angola (whose civil war ended after decades), and to his own government he gave the prestige of being the peace-makers in the region. He shamelessly played everyone against each other; succeeding in getting President Mitterand as well as conservative rival (and eventual successor) Jacques Chirac to help the cause.

Ollivier was born in Algeria to French parents, and the trauma of the exodus of his family after Algerian Independence in 1962 shaped his life philosophy: “I was absolutely sure that is was our country, but at the same time I knew that the Algerians thought exactly the same”. Ollivier decided to become rich and teach others to avoid armed conflicts for the sake of higher living standards. The situations he found himself in were hilarious to say the least: In Angola, “Gulf-Oil” had their oil fields guarded by Cuban soldiers who defended capitalism against the armed forces of the SA government, and whose influence reached from Namibia to Congo-Brazzaville. And when Ollivier had negotiated the release of the SA intelligence officer, Captain Du Toit, in 1986 (captured in Mozambique), he had to run for his life on the runway of the airport in Maputo.

Ollivier’s story, told while playing patience at his desk (again, looking like a Bond villain), is corroborated by Winnie Mandela, Thabo Mbeki, Jean-Christophe Mitterand, Pik Botha and President De Clerk, among others. There is no doubt that Ollivier is fond of theatrics, but even so, his interventions helped to bring not only Apartheid down, but delivered peace to the whole region. Ollivier is not the hero of the story, as he and the film make him out to be, but he was a useful contributor to the peace process – unlike the representatives of the old SA government, who still seem to have learned nothing from their experiences.

PLOT FOR PEACE tries to be a docu-drama, but the cloak and dagger scenes of the nightly adventures only distract from the sober facts. Ollivier himself does not help either with his “enigmatic” image, which feels like persiflage. Carlos Agullo and Mandy Jacobson’s film clarifies the complex politics of the era. And neither Ollivier nor the film’s aesthetics can detract from the factual insights we gain.  AS

PLOT FOR PEACE IS NOW OUT ON DVD, AND ON DEMAND AT AMAZON, iTUNES, GOOGLE PLAY, BLINK BOX AND XBOX VIDEO.