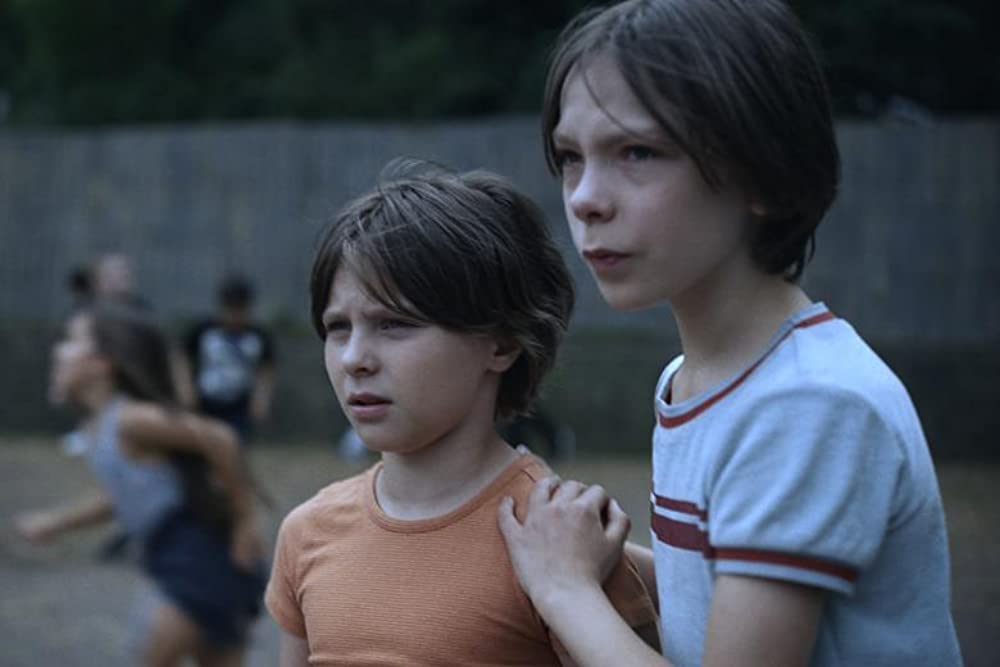 Bullying and the casual cruelty of children is the focus of this schoolground psychological thriller – Belgian’s Oscar hopeful in next year’s academy award.

Everyone remembers a school bully or being at the receiving end of acts of nastiness that caused emotional if not physical pain. The old adage “sticks and stones may break my bones but words will never hurt me” was regularly trotted out by parents attempting to rationalise the situation but offered scant comfort as the next day at school loomed with trepidation.

Playground launches us straight into the tearful time seven year old Nora is having when her father (Karim Leklou) drops her off at the school gates. And we feel for her, and it’s a touching and impassioned and astonishingly subtle performance from Maya Vanderbegue. She will gradually toughen up during the course of Laura Wandel’s debut feature but you get the impression there is a steely, not altogether, healthy resolve behind her wilful behaviour in the finale stretch, the camera lingering at the kids’ eye level, as the adult world seems far away, irrelevant, any grown up authority unable to intervene or limit the taunts and vicious outbursts of a playground transformed into a gladiatorial arena from the scared children’s’ perspective .

Nora clings to her elder brother Abel (Günter Duret) who soon becomes an unreliable ally: he’s got his own adversaries to deal with in the schoolyard pecking order, and resents Nora’s babyish demands for sibling allegiance when he has to protect his own interests and not appear weak, or involve her by association. Seen through the naturalistic gaze of Frederic Noirhomme’s camera kids are just as complex as fully grown adults but not yet capable of guile and disingenuousness in their facial expressions, making them fascinating subjects to watch.

Eventually Abel will turn the tables on his child tormentors in this impressive first feature which explores how kids separate from the parental comfort zone and learn to fight their own battles – quite literally. MT

PLAYGROUND wins the Grand Prix in Tallinn’s Just Film | FIPRESCI prize for Un Certain Regard at the Cannes Film Festival and the Sutherland Prize for Best First Feature at the London Film Festival.