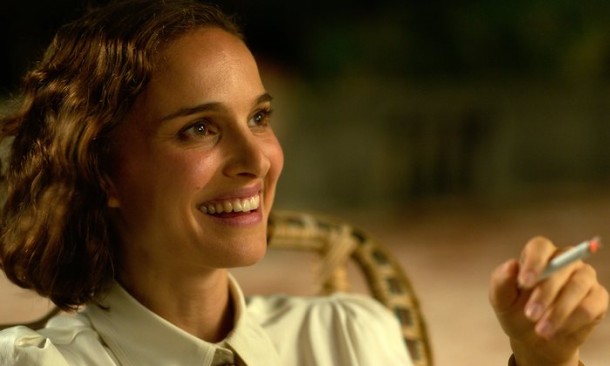 Rebecca Zlotowski follows her nuclear-power-based love story Grand Central with a drama that is more about psychics than physics. PLANETARIUM is of the ether and floats sumptuously and delicately through a pre-war story of supernatural powers possessed by two gorgeous sisters who arrive in Paris from New York to perform seances, connecting the living with the dead. Zlotowski has written the script herself in an meandering and impressionist style-narrative that gracefully conjures up the febrile state of Europe in the late 1930s, capturing a magical moment in time that is both starstruck and doomed. The girls’ whimsical story is firmly anchored by a powerful racist subplot involving its lead male character André Korben, a wealthy Polish Jew.

Natalie Portman is the brightest star of PLANETARIUM as Laura Barlow, but she is surrounded by a galaxy of sparkling performances from Lily Rose Depp, who comes into her own as the younger and more ethereal sister Kate;  Emmanuel Salinger as Korben, a film producer who part-finances and accommodates the girls in his elegant Art Deco home; and Alexandre Zloto who plays a silver-tongued René-Lucien Chomette (aka René Clair best known for his work with silent film in the 1930s and titles such as A Nous la Liberté and Le Million). Seeing that times are hard seance-wise in the run up to the war, Korben seizes on the potential of a supernatural-themed film harnessing the skills of The Barlow Sisters, as a potential career in acting beckons for Laura. Sadly despite a fascinating detour into cinematic methods of the era, this film within a film burns a financial hole into Korben’s production company and the story ends as a tragedy after his Jewish roots are exposed and he is sent ‘East’ (to the gas chambers). But not before the champagne flows and a seriously soigné time is had by all. So even if Zlotowski’s storyline often blinds you with its science and the odd plothole, it does so in such a fabulously enjoyable and inventive way with stunning costumes, glamorous locations and starry encounters, by the end it’s all been a blast. MT