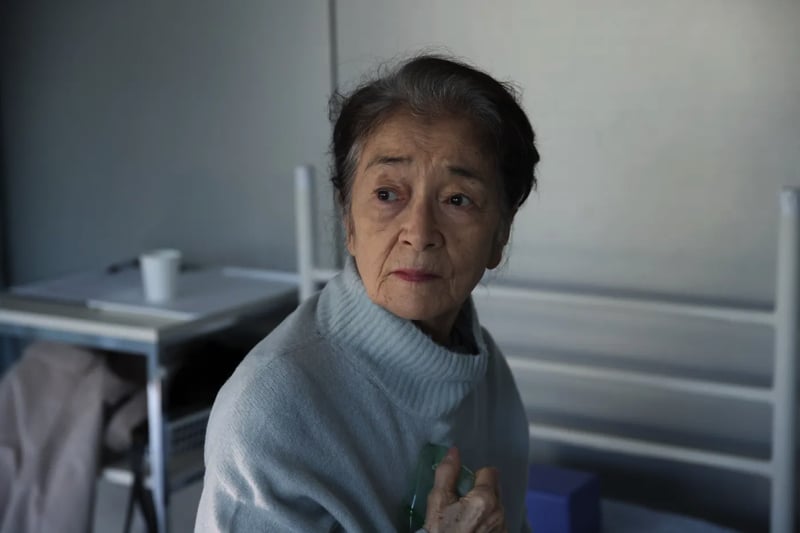 In a world rapidly filling up with an ageing population, have the young any right to ask them to politely move on?

That’s the premise of this first feature from Japanese filmmaker Chie Hayakawa, whose old people look more in their nineties than their seventies but conceal a latent anger with the usual Japanese decorum as they share food in a clinical looking care home, forced smiles painted on their wrinkly faces.

The Plan 75 in question is a state initiative to offer a financial incentive to prompt mid-septuagenarians plus to shuffle off their mortal coil. And there’s a lot to be said about it. Why waste time financing your life while friends die around you, bodily functions start to fail and aches and pains only get worse. Particularly if family has ceased to become a concern. As the director points out: there’s always been an honour in death the Japanese way (Hari Kari anyone?).

A slow-burning and thought-provoking contemplation that proceeds with measured dignity. The veteran actress Chieko Baisho is Michi, a woman with no next of kin who opts for the plan, but then there’s a plot twist as two interweaving narrative strands come into play involving a Plan 75 salesman (Hayato Isomura) and a Filipino worker, contrasting the various pro cons. A well thought out and chewy debut to mull over but no great surprises on the mise en scene front. MT