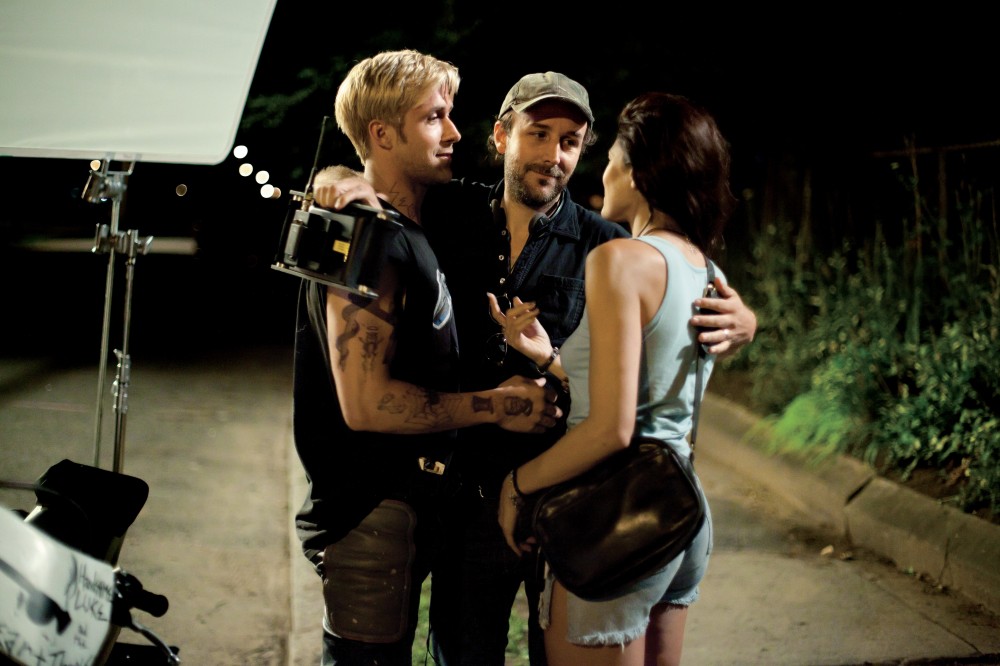 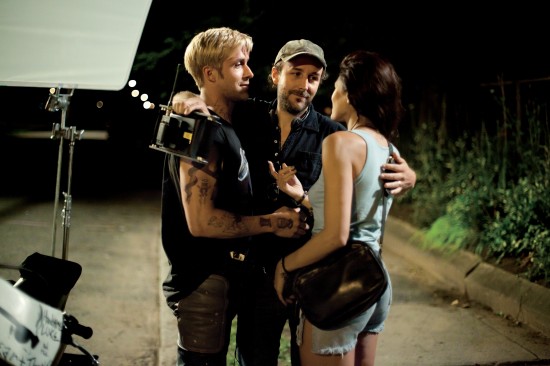 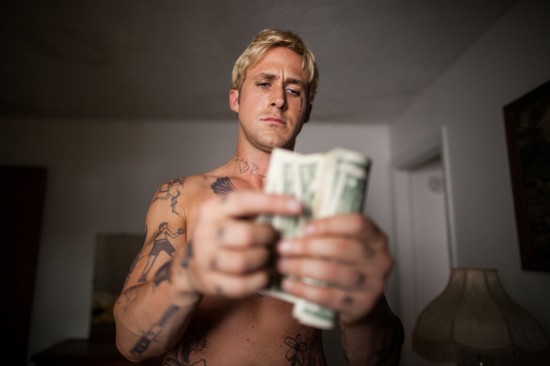 Derek Cianfrance last feature was Blue Valentine, a moody arthouse piece that tracked the romance between a young married couple.  His latest outing Place Beyond The Pines is a knockout thriller with rich tonal differences: what starts as a gritty indie drama rapidly switches to pure crime melodrama. That said, it’s one of the most intriguing and enjoyable films of the year so far and it works!

Not does it stand out as a gripping roller coaster, it also serves as a well thought out and ingenious meditation on fatherhood and male responsibility. It stars two of the most desirable male actors currently in Hollywood, Ryan Gosling and Bradley Cooper, fresh from the success of Silver Linings Playbook, and the glittering female support of Eva Mendes and Rose Byrne thrown in for good measure.

Ryan Gosling plays Luke, a musclebound fairground stunt-rider who realises, rather late in the day, that he’s fathered a son, Jason, with his ex Romina (Eva Mendes), who’s now in another relationship. Determined to contribute to his son’s future, he harnesses his motorbike skills and starts robbing banks with a likeable accomplice Robin (Ben Mendelsohn), who’s also his boss in a garage business. But the scheme goes wrong and brings him into contact with police guy Avery Cross (Bradley Cooper) in an encounter which has disastrous consequences for them both.

At this point the story shifts to Avery and we discover how his life as a lawyer in the police service and son of a local judge, takes him into an area of the law he’d never anticipated and affects his life and those around him, including his infant son. The denouement is quite extraordinary and totally unexpected and deals with the future that he’s brought upon himself due to his choices and actions.

Visually slick thanks to the considerable talents of Sean Bobbitt who shot Shame, Hunger and Oldboy this is a well-paced thriller that never feels long despite its running time of over two hours. With an exciting narrative and well-formed characters that will satisfy even the most exacting cineastes, Place Beyond The Pines combines fast-paced action with subtle insight, shocking violence and a scintillating storyline. MT

PLACE BEYOND THE PINES GOES ON GENERAL RELEASE 11TH APRIL 2013.