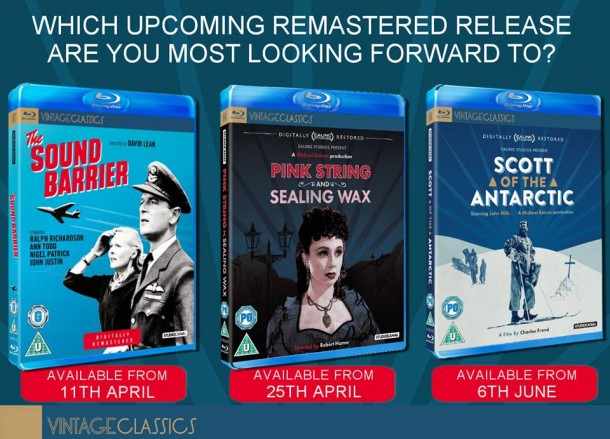 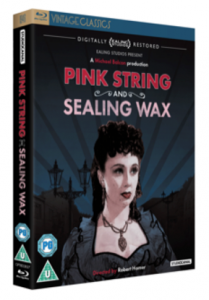 In his evocative portrayal of Victorian England, (based on a West End play) Robert Hamer does his best to recreate the draconian outright authority of the family and legal system in an unforgiving tale of emotionally buttoned up men and loose women. In a respectable God-fearing Brighton household a tyrannical husband holds sway. A chemist by profession, Edward Sutton (a masterful Mervyn Johns) has a son David (a peevish Gordon Jackson) who is employed in the business and crosses paths one night with the louche Pearl Bond (an elegant Googie Withers) who is unhappily married to an abusive pub landlord  (Garry Marsh) whom she wishes dead. Naturally David has the means at his disposal, but is he desperate enough to help her out. Diana Morgan’s screenplay is a treat along with a sterling British cast, ‘Quality Street’ cossies and perky bonnets aplenty in this black and white Ealing melodrama. MT

PINK STRING AND SEALING WAX is The Digital Film restoration was funded by STUDIOCANAL in collaboration with the BFI’s Unlocking Film Heritage programme (awarding funds from the National Lottery).