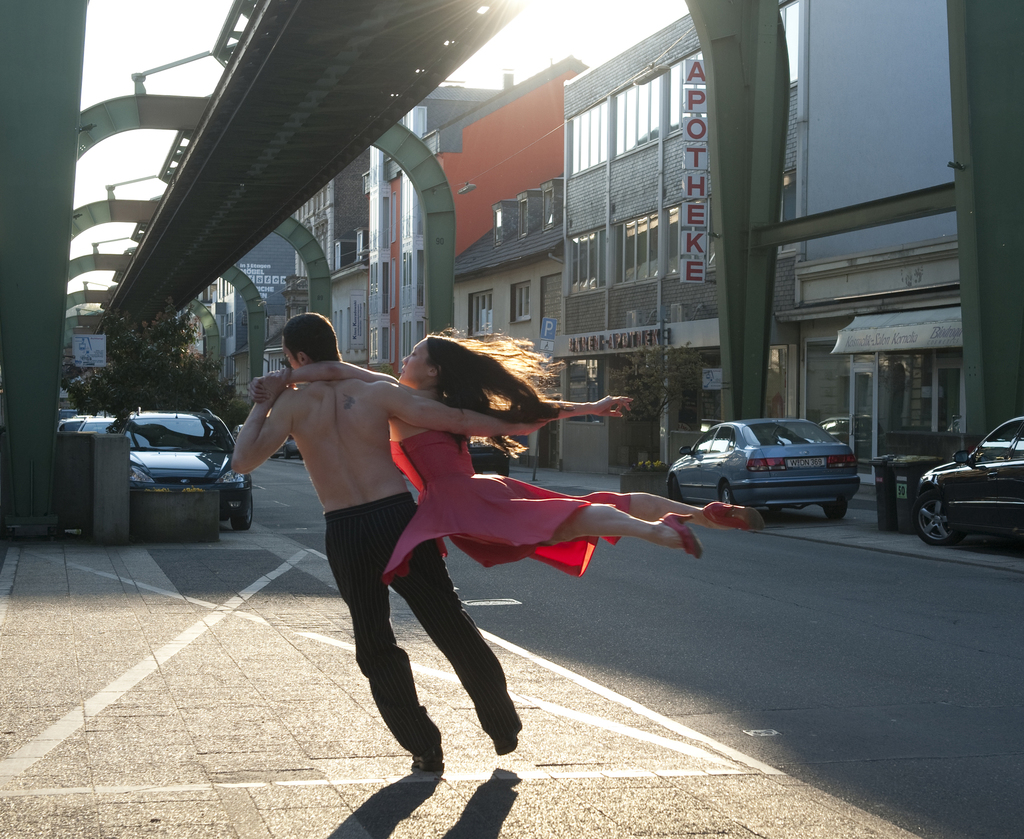 PINA is an amazing and lavishly attractive musical that combines 3D to heighten our enjoyment of a series of dance sequences filmed by Wim Wenders and featuring the celebrated dancer Pina Bausch in her Tanztheater in Wuppertal in the southern Ruhr valley, Germany.

The German choreographer died in June 2009 at the age of 68 just as she was starting her collaboration with Wim Wenders but he so believed in the project that he continued with Pina’s versions of Vollmond, a dance that centres on water splashing in a rock pool, Stravinsky’s exotic expressionist piece The Rite of Spring; Kontakthof, where rhythmic movements are inspired by a heightened naturalism; and the dynamic routine Café Müller, where six dancers move around in a restaurant as they rearrange the tables and chairs. West End Blues sees the troupe in full evening dress with lounge suits and long flowing gowns as they move to the jazz syncopations of Louis Armstrong and his band. The dances often break out into the nearby streets where they swirl around using the backdrop of the monorail and green spaces as inspiration for their graceful compositions. Ever inventive this is one of Wenders’ most memorable and enjoyable films along with Wings of Desire and the cult classic Paris, Texas. MT