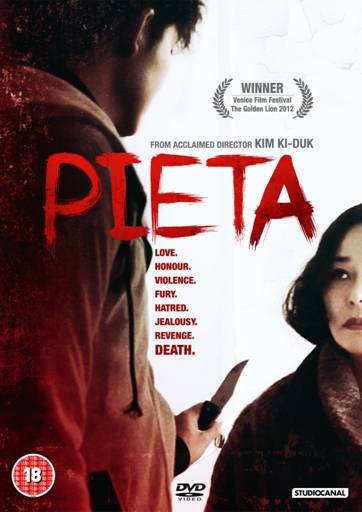 Pietá means mercy in Italian. And mercy is very much the central theme in Kim Ki-duk’s Golden Lion Winner that muses on the lack of this inherently human quality in the daily life of a sadistic Korean loan-shark, Gang-do (Lee Jung-jin).

Each day after devouring hand-slaughtered animals, he emerges from a bare apartment in a poverty-ridden district of Seoul,  a vengeful and mercenary creature who exacts crippling injuries on his hapless debtors usually by forcing their limbs into their own machine tools, cashing in the insurance claims they’ve signed before their painful fate. 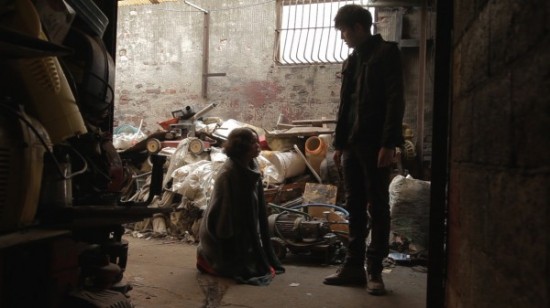 An fervent and anti-capitalist drama, Kim Ki-duk’s 18th outing is well-served by disenfranchised characters who are sinking below the poverty line at the mercy of encroaching urban development and economic hardship.  Ming-Soo Jo stands out in a superlative tour de force as stranger Mi-sun, who arrives at Gang-do’s place one day purporting to be the mother who abandoned him but her enigmatic agenda offers a lethal cocktail of redemption, remorse and retribution . MT