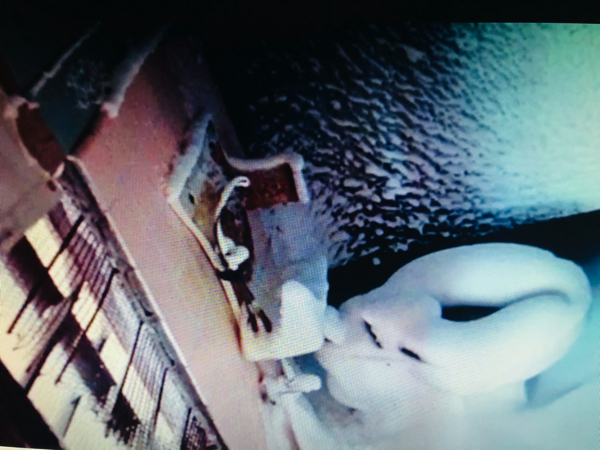 Narrated in his smooth Canadian drawl Peter Mettler’s meditative melancholic essay film often serves as a maudlin stream of consciousness reflecting on and questioning the relationship between art, nature and technology. “So many of us nowadays experience life only through the experience of others: At the beginning of life there was only the real thing. Now there is media that records, regurgitates, dictates and expresses. We know what is, by what is represented”. And although this seems like a truism, it is an apposite and sad reflection on the human condition.

Floating over surreal images as he sets out on a dreamlike odyssey to film the Northern Lights in the extreme outer regions of Canada’s magnetic North. “Photography is a surrogate for real experience”, he opines. So what we are about to see will never be as good as the experience itself, obviously, but we get a good feel for Northern Canada and its astonishing silent remoteness as the snowbound vastness melts into the mauve horizon. But the following morning after he arrives at his destination in Churchill (Manitoba) the Canadian boreal forest dark pine tree outlines give way to whiteness and a freezing 120 kilometre per hour wind.

Canada is a vast open country that allows humans to be themselves in its wild and spectacular landscapes, and its space that respects the individual. The Inuit have 170 words for snow and ice. Their language has adapted to reflect the unique textural diversity of their frosty environment.

The only protagonists are individuals trying to convey into words their experiences of seeing the Northern lights– describing the phenomenon variously as mysterious, ghostly, mystical even. This is an impressionistic study that relies on an eerie soundscape of echoes and whistles as it records, often though superimposition and reflection the slowing nature of time in the region. One Inuit tells how he travelled over 200 kilometres barely realising the distance until he returned without his toes, having forgotten his snow knife when his skidoo broke down.

Peter Mettler offers a rare and palpable glimpse into the magnetic North. “In a whiteout the last person will always walk in circles to right, often less that a thousand metres from home”. Facts and images are strung together with impressions and feelings to offer a valuable but largely inconclusive arctic travelogue. Mettler leaves plenty of silence for us to gawp at his awesome images. A luminous if disquieting documentary. MT