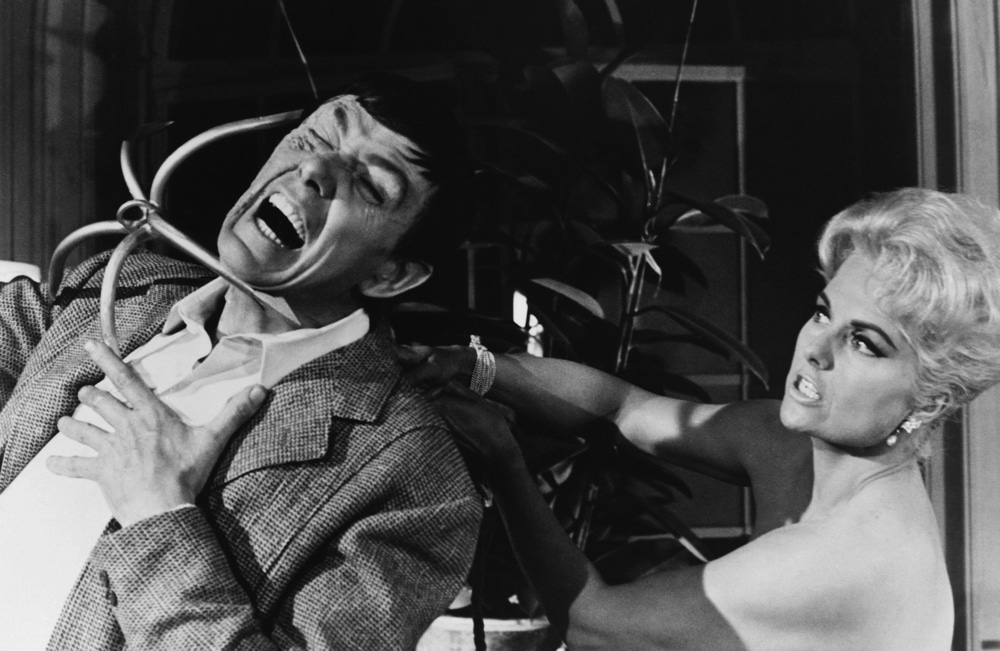 “The Past is Like a Tiger, and No Matter How You Pet It or Pretend That It’s Tame One Day It Will Turn…”

If I’d missed the start and hadn’t caught the director credit, I would have taken this for the work of William Castle rather than sci-fi and horror specialist Bert I. Gordon briefly venturing into Psycho/Baby Jane territory. The production values are in fact rather more impressive than one would have got with Castle. Greystone, the Beverly Hills mansion in which most of the action takes place is well served by Ellsworth Fredericks’s elegant photography, which gives the film the feeling of an Italian ‘giallo’ (complete with spooky close-ups of dolls, portraits and various childhood relics) produced as a glossy sixties TV movie. Unfortunately, shorn of Castle’s gimmicks Gordon’s direction manages to be even more pedestrian than Castle’s would have been; and fails utterly to energise a talky script in which things are constantly spelled out through dialogue rather than conveyed visually.

In an interesting cast of has-beens, Ameche is wasted as the heroine’s weak and corrupt father; but as the ghastly stepmom – who having already maxed out hubby’s nest egg is now making absolutely no secret of her desire to have her stepdaughter committed so she can gets her mitts on HER inheritance too – Martha Hyer rises to the challenge of convincingly playing a wife even more high maintenance than her predecessor Zsa Zsa Gabor must doubtless have been. (If she hadn’t been busy at the time making ‘Green Acres’, it would have been interesting to see Zsa Zsa and her sister Eva in the role played by the not dissimilar Hyer squaring up against each other in the same movie.) Signe Hasso pops up ominously in a nun’s habit, Wendell Corey is obviously drunk (he died from cirrhosis of the liver two years later) but enjoyably intimidating as the family lawyer; as is Maxwell Reed, who does justice to some wonderfully fruity dialogue as a male Miss Danvers. Anna Lee’s role as a family friend promises to be nicely bitchy too, but she unfortunately disappears almost as soon as she appears. @Richard Chatten