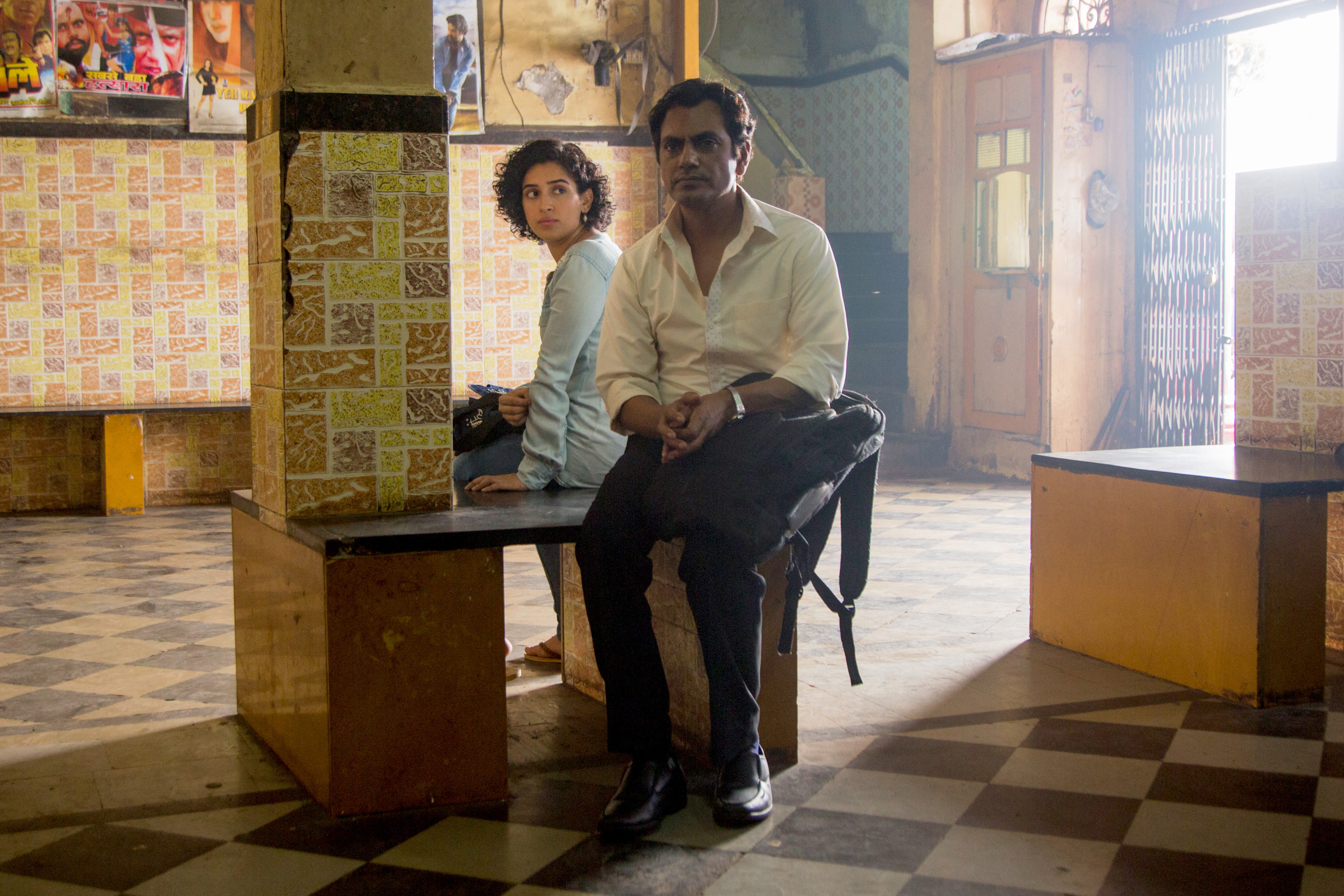 See Mumbai and slowly fall in love. Seems like a dream but it’s a dream come true in Ritesh Batra’s latest drama that sees two worlds collide and then gradually come together. The Mumbai-born director is back with a slowburn snapshot of this ancient city making its way into the modern world and beyond.

Here a photograph taken one summer afternoon in the Gateway to India forms a tenuous link that will unite two people across the barrier of religion, class, and culture as poignant impossibilities gradually becoming certainties due to education and entrepreneurial spark.

Street photographer Rafi (Nawazuddin Siddiqui) gets by snapping tourists. He has a simple sales pitch: but one that’s captured the imagination of his punters and will one day serve him well. Or at least that’s what’s we’re led to believe in this leisurely look at contemporary India, and the power of possibility that had motivated the nation into the fast lane. But the detailed world around Rafi is what makes this languid romantic comedy so richly enjoyable.

Miloni (Sanya Malhotra) is a timid intelligent student training to be a chartered accountant. One day she comes across Rafi and has her photo taking in a chance meeting that provides the starting point to fragrant possibilities. Rafi is silently struck not her gentle presence, but is pressurised by his social status and his grandmother to marry. Miloni agrees to pose as his potential bride when his grandmother arrives and gradually this delicate date becomes a lasting connection that sees them meeting every day while the old woman stays in Rafi’s modern accommodation he shares with a motley crew of unmarried men.

The films glows on the widescreen where DoP Ben Kutchins captures the chaotic cacophony and sun-dappled boulevards of Mumbai and its delightful street carts selling all kinds of cuisine and produce. Ambient sounds transport is into the centre of this action making this a tangible and highly visual, sensual travelogue

Batra gives us time – and many may say too much time – to get to know his characters; to glory in the sensuousness of it all. And this sensitivity is part of the drama’s lushness. Rafi and Miloni are quietly beautiful to look. Even her housemaid’s  jewellery russles as she pads barefoot to serve dinner and assure Miloni of her discretion when she sees the two of them waking in the square. This attention to detail makes the film pleasurable along with its languorous dramatic arc.

There are long affectionate glances but few words as the couple’s relationship takes shape. And Batra luxuriates in the rich textural influences of the characters around them: Miloni’s teacher and her parents. But most of all Rafi’s grandma whose wise words and chiding bring the film its comic moments. Batra judiciously doesn’t allow these two the power of touch until the the final scenes, and even then we’re left expectant but convinced there can be a future. But that is left to our own imagination with the tangible facts in place. And this slowly looms into perspective in the final act when we become more attuned to the directors modus operandi.

The class distinctions are subtly alluded to through comments on skin colour. Rafi is refered as a “black raisin,” according to his grandmother, due to his street job. Other class tags are noted in the way the higher castes interweave English into their conversations. When Miloni goes to meet a potential marriage partner who immediately talks about international locations for setting up home. Miloni – not keen on him at all – hints at her desire to ‘live in a village and farm before taking a nap in the afternoon’.

The desire for a concrete culimination to their union has left some unsatisfied with the film. But that is the very nature of the piece and why Batra doesn’t need to spell it out for us. The ending is fully formed by what has gone before in subtle gestures and intimations. It is what it is. A mature and ravishingly rewarding experience MT