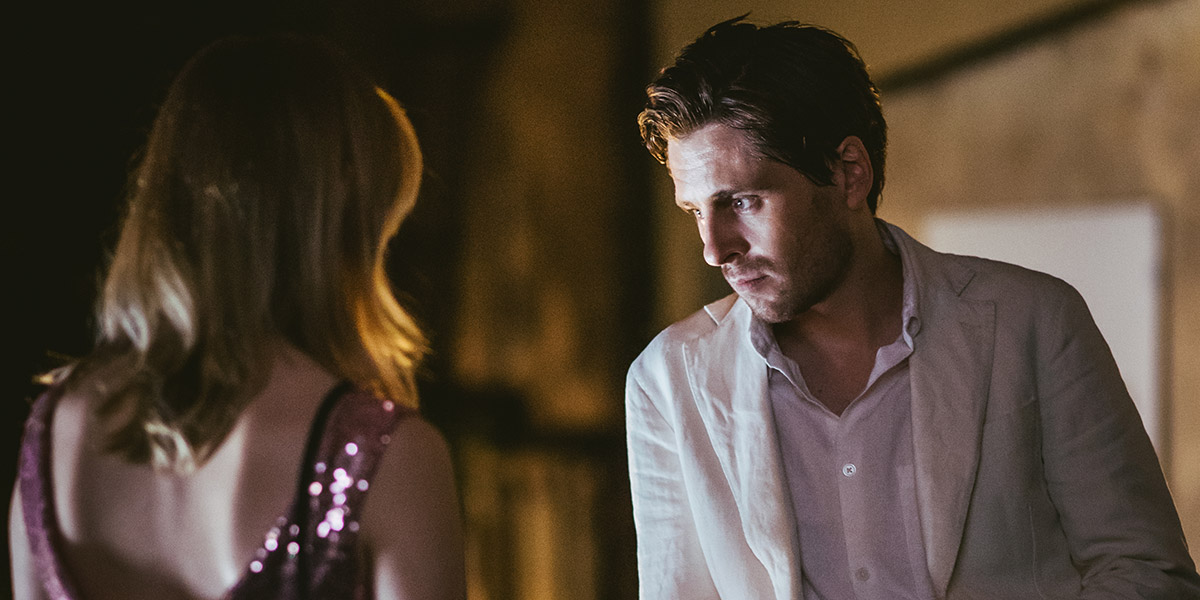 First feature of writer/director Camilla Strom Henriksen’s debut feature is a variation on The Cement Garden, in this case siblings Jill and Bo are forced to grow up too quickly by parents who fail them at every turn. Despite some terrific performances, the script loses intensity in the final third.

Teenager Jill (Thedin) is used to looking after her divorced mother Astrid (Bonnevie) and much younger brother Bo (Falck-Lovas). Astrid is desperate to succeed as a painted and insists that the whole flat is permanently cast in semi-darkness, the many-layered curtains letting in little light. She spends most of her time in bed, dependent on alcohol and prescription drugs. Her friend Ellen (Sandal) talks the local museum’s director into giving Astrid a chance: she is the only applicant for a job. Jill tries to make her mother’s first public appearance in a long time a success, buying her a white blouse. But Astrid is scathing about her daughter’s efforts: “You make me look like a director’s wife, why don’t don’t you wear it yourself, you are so proper”.

Then father Nils (Gudnason), a musician, promises to visit on Jill’s birthday. Jill is ecstatic, ready to be pampered for once. But she soon finds out, that her mother skipped the interview and later finds her dead in the basement. Not wishing to ruin her birthday Jill locks the cellar door and pretends that her mother is missing. Unfortunately for both Jill and the audience, the night out with her father and his new girl friend Kristin (Reinsve), turns out to be a disaster culminating in the admission that he is not going to tour Brazil for six months, but starting a prison sentence for drunk driving. After this bombshell, Phoenix starts to lose its narrative thrust.

Thedin is brilliant in her role as parenting teenager who morphs into a much older act to ‘seduce’ her father in taking her with him to Brazil. DoP Ragna Jorming creates some surreal images in the darkened flat where Jill sees – literally – monsters creeping around. The scenes in the ultra modern hotel where Nils takes his children are overcooked but chime with the plot’s loss of direction. As long as the action stays indoors, Strom Henriksen can not do wrong – afterwards, alas it all crumbles. AS