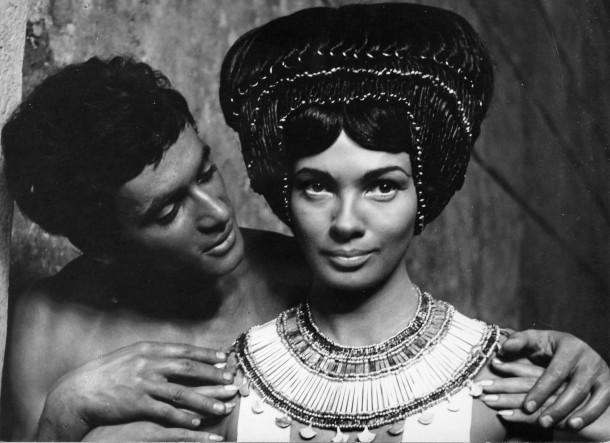 PHARAOH (FARAON) took director Jerzy Kawalerowicz three years to finish in 1966. It was the most expensive Polish film ever made with a running time of 175 minutes, which seems quite apt since this is not only a spectacle in the DeMille style, but a political excurse, with many parallels to contemporary Poland – if one reads between the lines.

The main struggle is between Ramses XIII (Jerzy Zelnik), a modern ruler, who cares for the whole country – unlike his main opponent, the scheming High Priest Herhor, who wants to manipulate the Pharaoh into wars he cannot win. Between these two men, Sarah, the Hebrew concubine of Ramses XIII and mother of his son, is slowly written out of the picture when Herhor’s oily assistant tries successfully to seduce Ramses. Simply read Gomolka – Poland’s prime minister of the 50s, who had been imprisoned by the Russians, before they freed him to placate the Polish comrades – for Ramses, and the evil priests for the Stalinist ideologists, and you get the picture.

Shot in Luxor, Cairo and Uzbekistan, PHARAOH has its spectacular moments, but the director never falls into the trap of overloading the film with exotica or mass scenes. From the beginning, PHARAOH has a very measured pace, the intellectual and emotional confrontations at court are always the centrepiece. Debate rather than battle dominates. Ramses is shown as a sometimes confused ruler, who oscillates between dictating his rights to be the supreme ruler and his wish for compromise. In the end, he is easy prey for the manipulating priests, who are in tandem with foreign powers. PHARAOH is a reflection on power, and its limits. AS