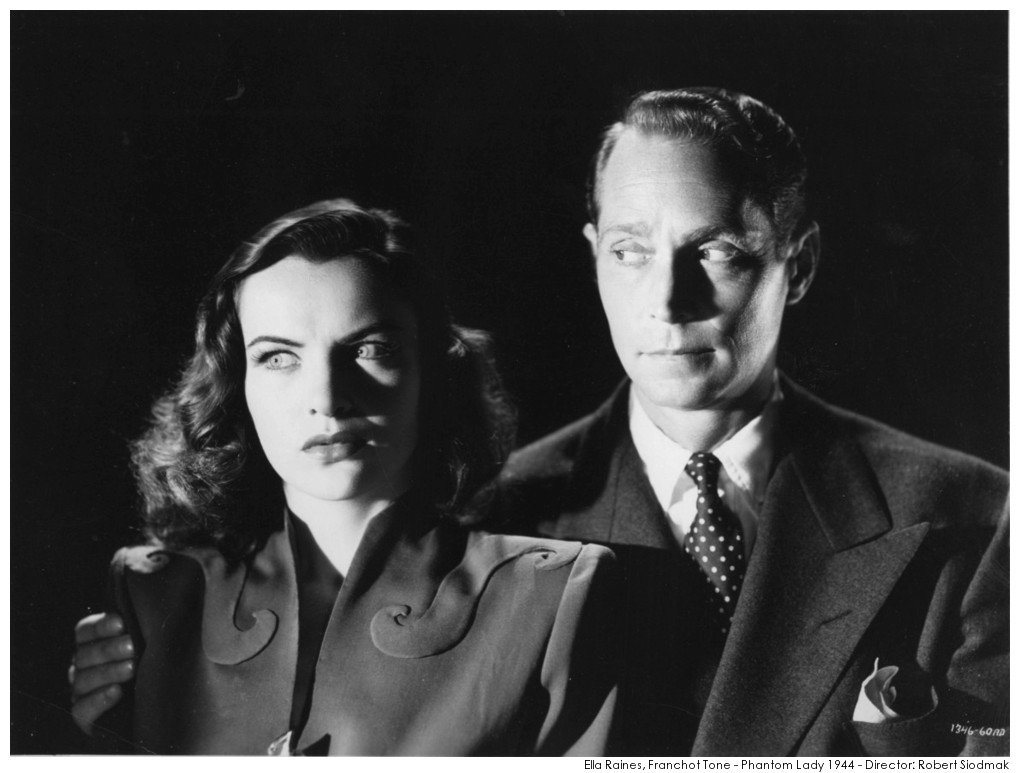 This was Robert Siodmak’s first American success, a Noir thriller based on a book by Cornell Woolrich who would seed the storyline for a series of similar titles. Woody Bredell’s moody camerawork and Siodmak’s jagged angles echo German expressionism heightening the suspense of this twisty whodunnit. The wife of an unhappily married engineer (Alan Curtis) is murdered and his only alibi is a woman with a distinctive hat who disappears without trace after the two spend an impromptu evening together. But no one can remember the woman after their soiree so Curtis faces the chair, depressed and losing faith in his own judgement. His only hope is his faithful secretary (a vampish Ella Raines).who is determined to save him, along with a cop called Gomez (Burgess) who adds psychological insight into the criminal mind. As they work through the clues and the evidence together, the woman and the hat eventually emerge. Taut and tightly scripted, Phantom Lady seems to pack a great deal into its modest running time. Stylish costumes are by Vera West (Shadow of a Doubt) and musical choices are evocative. There’s also a racy jazz scene, the instruments filmed up close, adding a frenzied feel to the affair. MT

OUT ON BLURAY FROM 4th March 2019 | with extras Dark and Deadly: 50 Years of Film Noir a documentary with insight from Edward Dymtryk, Dennis Hopper and Robert Wise.