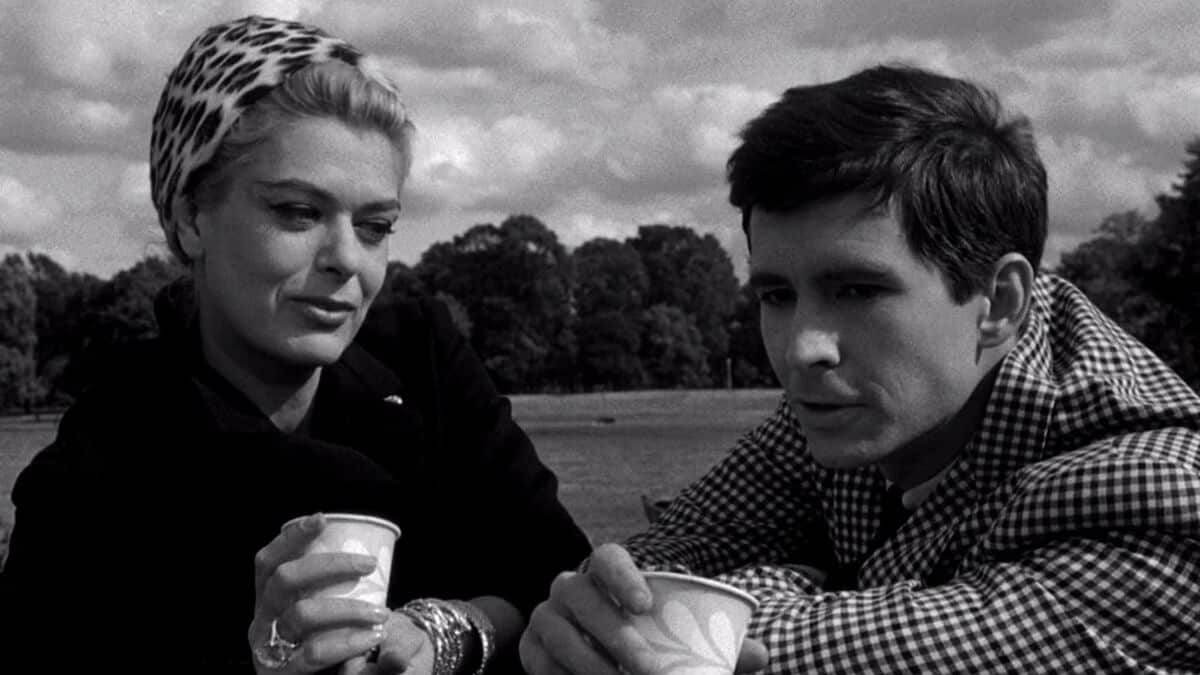 After Anthony Perkins checked out of the Bates Motel he spent the next five years on the continent where he fell into the predatory embrace of lynx-eyed cougar Melina Mercouri.

‘Phaedra‘ is probably the nearest thing Jules Dassin ever made to a Hollywood soap opera, as he follows Mrs Dassin in the title role cheating on her husband (a shipping magnate who owns his own helicopter) while she swans about on boats, gets off planes in dark glasses in a succession of killer outfits, and generally behaves like a glamorous cougar.

Instead of pianos on the soundtrack we get guitars by Mikos Theodorakis. It’s all hilariously pretentious, but great fun. @RichardChatten