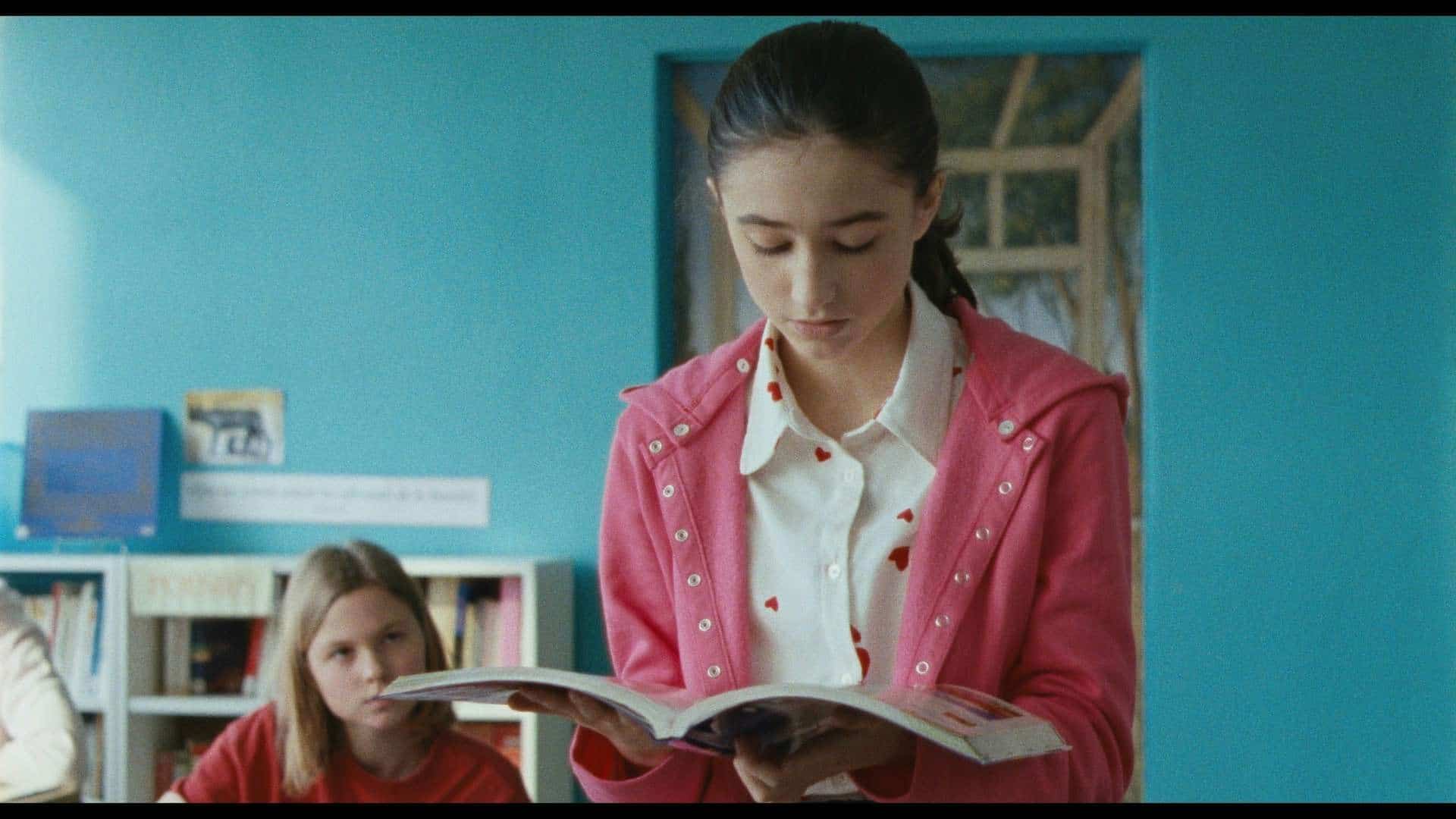 Petite Solange is a heart-breaking coming-of-age story that desperately wants to be liked. It’s the feature debut of writer and director Axelle Robert Set in Nantes, the feature is slow to develop, and any dramatic developments are far and few between – in spite of a heart breaking story.

Guitar shop owner Antoine (Katerine) and his wife Aurelia (Drucker), an actress, have set their sights set on new horizons after a marriage of twenty years: Antoine has fallen for his attractive assistant Gina (Astor), and Aurelia is seeing another man carefully watched over by her thirteen-year old daughter Solange (Springer), and her brooding twenty-year old brother Romain (Montana-Haroche), who gets all the parental attention.

The divorce means the kids will lose the home they grew up in, and little Solange is not even part of the decision as to where she will live. A loner by nature, does not get much help from her girlfriend Lili (Léon), or distant love-interest Arthur (Ferreira), who is more interested in getting a bargain instrument from Antoine, than in his daughter. Solange is so upset about losing her home she actually tries to commit suicide but her life is saved by cool, intellectually overbearing psychiatrist in the hospital, and she eventually goes home.

Jade Springer gives a memorable performance as Solange in whose unforgettable face and soulful eyes the cruelties of the adult world are reflected. Whilst Axelle Robert quotes Verlaine, she fails to capture the spirit of her compatriots rather maudlin poetry. Instead she ends up with a film that lacks analytical depths or emotional empathy. AS