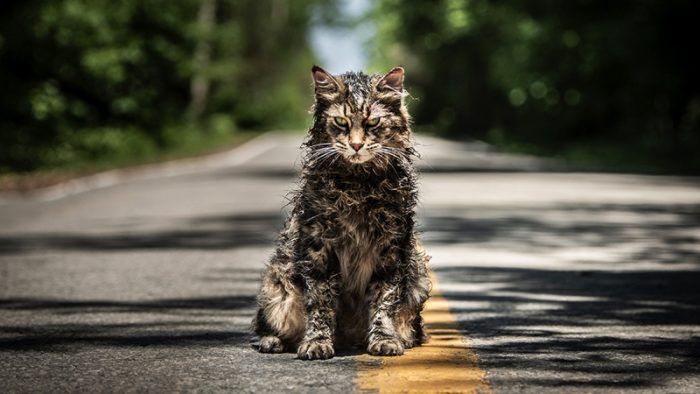 Stephen King’s Pet Sematary is not by his most enduring novel by chance: Even 36 years after publication it is still quietly overpowering. Directors Kölsch and Widmayer have triumphed (with writer Jeff Buhler) where Mary Lambert’s 1989 film version failed. They have taken out the cheese, included some wry humour and concentrated on the overlaying guilt and redemption theme. Apart from a ten-minute hiatus of near parody at the end, this would have been a neo classic.

Dr Louis Creed (Clarke) and his wife Rachel (Seimetz) move away from their hectic life in Boston to a rural home in Maine. Their two children Ellie (Laurence) and Gage (H. and L. Lavoie) just as enchanted as their parents with the rural idyll. Louis even jokes that it beats the graveyard shift at Boston General – but soon the graveyard for pets,  in the grounds of their 50-acre property, takes over their lives. Having watched a procession of children bury their pets, the Creed’s cat Church (short for Churchill) is run over by a speeding truck, and Rachel, still traumatised by the death of her sister Zelda from spinal meningitis, tells her daughter their feline friend simply ran away.

After Church’s burial, the purring pussy comes back as an aggressive predator. And their neighbour Jud is reminded that the native Americans deserted the area because the reincarnations of their own dead. But tragedy strikes again on Ellie’s birthday when she is run over by a petrol tanker. Once again, Louis buries her in the cemetery, ignoring what happening to Church. Ten minutes of spectacular schlocky bad taste nearly ruin this stylish arthouse horror, before the closing shot resets the tone and saves the day.

British DoP Laurie Rose works magic with his overhead shots to produce intense images of the woods, conjuring up terrifyingly claustrophobic shots of the Creeds’ house. Particularly gruesome are the scenes with Rachel’s sister Zelda, who gets stuck in a food lift. Rachel is somehow the main protagonist and catalyst, guilt makes her overprotective of her daughter and drives the action on into the past. Somehow, the American dream family comes unstuck, as it often does with Stephen King. John Lithgow again convinces with a truly frightening performance, with solid support from the others. AS