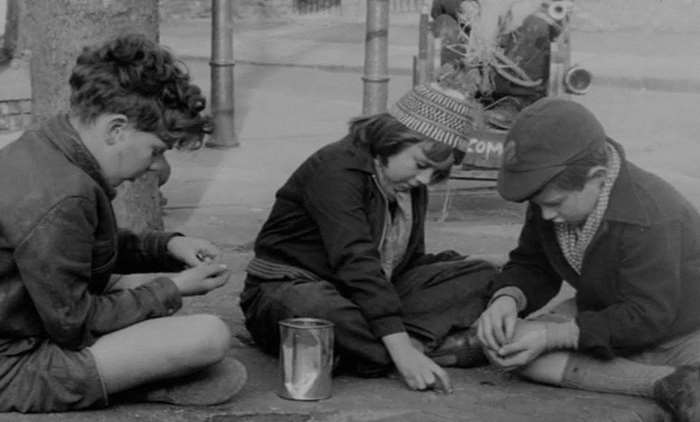 A delightful CFF lark that starts well with a jaunty title sequence, after which it’s elegantly directed by James Hill against the atmospheric backdrop of a freezing fifties London fog.

Blandishments that would satisfy the most politically correct modern audience include a little black kid called ‘Ali’, with an oil company the guys in black hats rather than the usual gormless spivs (although Ian Whittaker is gormless enough for an entire gang), Paul Daneman suitably dashing as the young inventor whose invention they’re after, Katherine Kath a glacial, buttoned-down dragon lady and today’s cameo appearance provided by an unbilled Arthur Mullard.

The makers actually managed to commandeer a helicopter for the finale, while as befits a film set around Guy Fawkes night the climax involves fireworks rather than water. Without being too preachy about it the audience is discretely reminded to be careful around fireworks and the final display is conducted under the stewardship of (reasonably) responsible adults. ©Richard Chatten