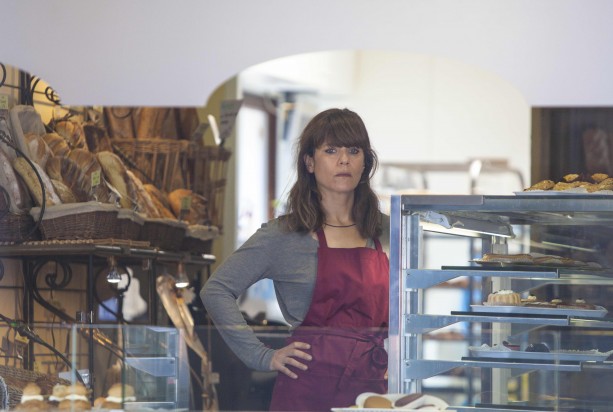 Stefano Mordini’s noirish thriller has Riccardo Scamarcio as a hard-bitten hitman on the run from the Camorra in Belgium. Based on the ’90s novel by Giuseppe Ferrandino and adapted for the screen by Francesca Marciano this is the one of the best crime dramas showing in the Un Certain Regard strand at Cannes this year.

It probes the seething underworld of the ultra-violent Belgian branch of the Camorra where a low-life from the coalface of the organisation comes up against his boss and is forced to leave his Brussels home and flee to Calais to avoid death.

And nobody seethes like Bari-born Riccardo Scamarcio in a role that suits his brooding sensuality and superb acting chops – he switches from seedy serial killer to suave seducer in the flick of a bag of coins – his preferred method of coshing his victims. Narrated in a voice-over by Pericle (Scamarcio), who is under the control of Don Luigi Pizza (Gigio Morra) a small-time gangster who transferred his operation from Naples to Brussels in the aim of taking over pizzerias for as little as he can, Mordini’s film feels alienating and melancholy. Any resistance from the pizzeria owners leads to a bash over the head from Pericle. But when Don Luigi falls out with a local priest, Pericle – sent is punish him – finds he has a witness in the shape of a female camorra boss, Signorinella, and in order to cover up his attack on the priest he has to kill her.

In Scamarcio’s hands Pericle is a likeable rogue who is adept at avoiding danger and skilled at getting on with strangers. Homeless and friendless when he gets to Calais he charms a sales assistant (Marina Fois) into offering him bed and board in a slightly meaningless subplot. But soon it’s time to move on and meet his destiny as the tension builds for the cold-blooded finale. MT