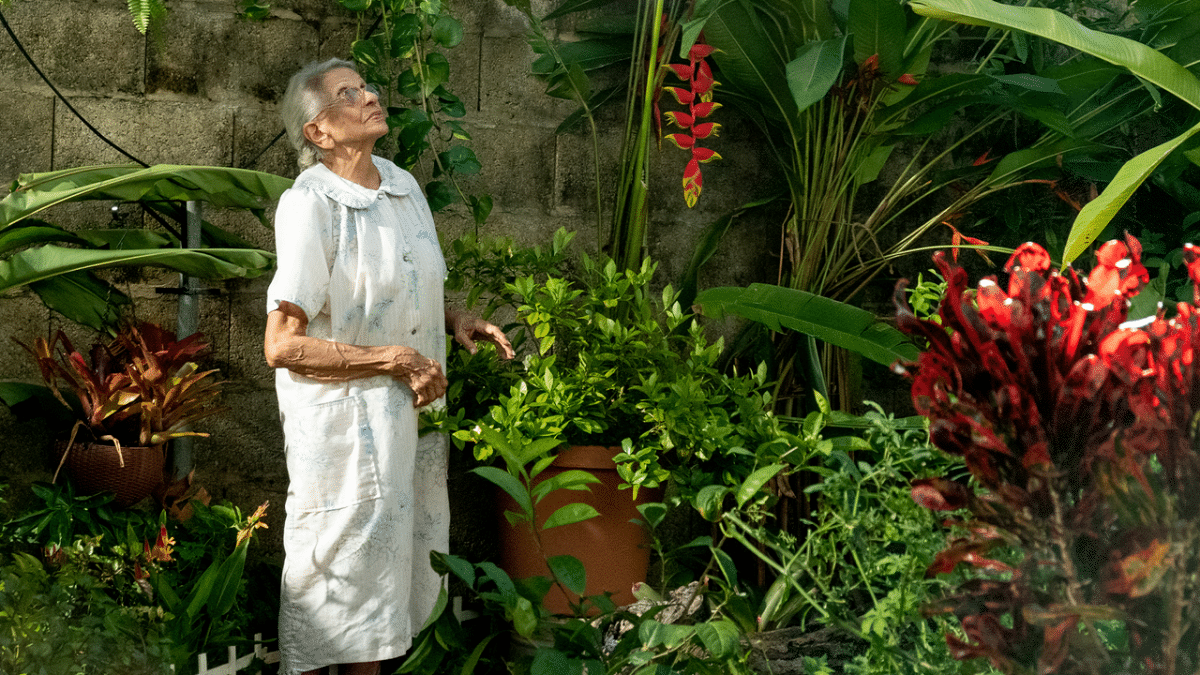 This dark but colourful comedy reflects the identity of a nation inured to adversity and where humour and drama always go side by side. Perfume of Gardenias is the feature debut of Puerto Rican director/writer Macha Colon, a queer multi-disciplinarian artist who studied in New York.

When theatre and television star Isabel (Luz Maria Rondon in her first starring role) loses her high-ranking officer husband Mario after a long illness, she has to rethink her life in the religious middle-class community. Daughter Melanie (Maria) comes to stay, but is not much of a help, treating her mother like a child. For example, she asks Isabel to look for a “plug-into-the wall piece” – to which her mother answers “it would have been easier if you asked me to look for your mobile charger.”

Melanie is soon off, promising – not very sincerely – to be back at Christmas leaving Isabel to restructure her life. She has made a great impression of organising her husband’s funeral paying respect to him in a very individual way. Her friend Toña (Riley), self-appointed leader of the small community, decides that Isabel should be the one to interview the moribund members of their circle, so they have an individual input in their own funeral arrangements.

Unfortunately, Toña has the tendency to speed up the process, before many potential clients are ready to leave this world. While Toña is already directing their funeral. Isabel has to learn to find a new approach to death and religion.

Perfume is highly entertaining – DoP Pedro Juan Lopez capturing the customs and characters, always making fun of the sacred religious undertones which dominate the middle classes: despite their reduced status they must still be seen to be the ruling spiritual light. Rondon carries the often rowdy proceedings with much dignity and elegance,  farce never overtaking the narrative. Colon, playing the enfant-terrible of her cultural scene, is often too self-indulgent, going for full blown radical shock-effects rather than a more sensible approach. Her attitude of wanting the cake and eating it somehow diminishes the underlying problems of the society she caricatures. But Colon and the brilliant ensemble certainly have their fun. AS