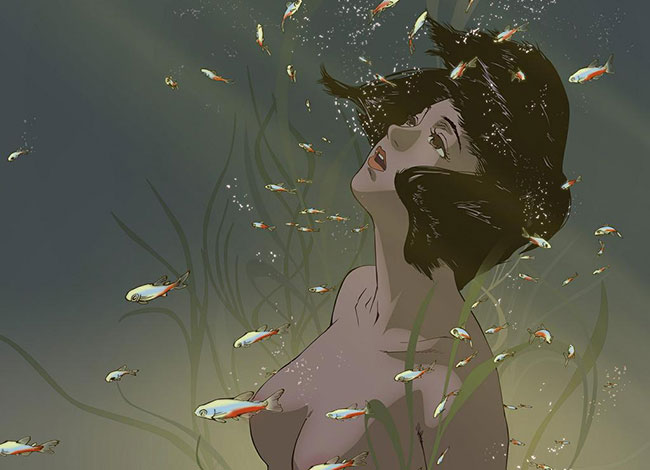 Based on the novel by Yoshikazu Takeuchi comes this psychological phantasy which can be seen as a fore-runner for today’s obsession with the cult of celebrity, onscreen violence and female repression. Japanese filmmaker Satoshi Kon (1963-2010) casts Junko Iwao as Mima Kirigoe, the leading member of a girl-band CHAM! who decides to become an actress in a TV crime series. After she plays a rape-victim, her manager Rumi (Matsumoto), who was once a pop singer herself, warns her of the potential psychological consequences. But Mima goes ahead, and is hunted down by Me-Mamia (Okura), a fan who has turned into a malicious stalker. Me-Memia tries to rape Mima, but she kills him in self-defence. His body cannot be found in the TV studio and Mima loses all sense of reality, unable to differentiate between reality and the plot of the TV murder series in which her character if forced to deal with imaginary figures invading her world. After the script-writer Todokoro (Tsuji) is murdered, Rumi suddenly turns against Mima, pretending to be her former self. The finale on the streets of Tokyo is a brilliant showdown.

The complete title of the novel Perfect Blue: Complete Metamorphosis is an acute description of the film’s narrative: Mima, insecure and always willing to please her male bosses, cannot take the pressure of acting as a victim, and soon loses her fragile self: she becomes more and more part of the TV play. This nightmarish scenario is shown in minute detail, and the realism is often hard to take. But Kon never loses his perspective in this striking and provocative debut: his character Mima is not just another helpless woman, but a young girl who has to mature enough to withstand the pressure of her place in a world of media dominated by men. Made for just 25 000$, Perfect Blue grossed over 112 million USD alone in the USA. AS

In cinemas 31st October from Anime Ltd and National Amusements