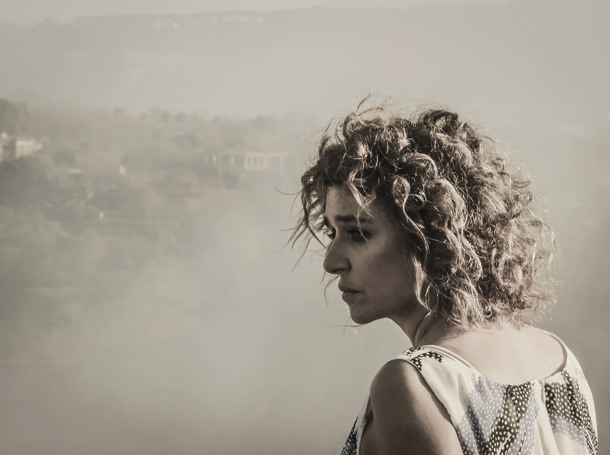 Director and co-writer Giuseppe M. Gaudino (Round the Moon between Earth and Sea) delivers a typically Italian tale of woe and a sensitive character piece for Valeria Golino, one of Italy’s best loved actresses. Anna is a mother of three, a martyr to her family who is clearly depressed. Overloading the already confusing narrative with various subplots, Gaudino chooses a mannered style which oscillates between moody black and white images and colourful phantasy sequences, leaving Golino to struggle with her subtly nuanced performance amid a fog of artistic experimentation.

In Naples, Anna is in her forties and lives with her teenage children Santina (Mirra), Cinzia (D’Isanto) and Arturo (Cro), the latter being deaf, and her violent out of work husband Gigi (Gallo), a failed singer, whose has previously led his family to near ruin. But a criminal streak run throughout the whole family: Anna served time in a  juvenile prison to cover up for an adult relative, who would have had to spent ten years behind bars. Now working in a TV studio, she writes dialogue prompts for the amateurish cast of a TV soap opera that stars another Italian favourite Adriano Giannini (as Michele). In a brief spell of euphoria the two become lovers but gradually black clouds drift in (literally and metaphorically) when a friend, whom she replaced at work, is murdered. But that’s not all: her family is again plunged into financial trauma affecting the lives of her neighbours.

Valeria Golino moves elegantly through this drama with impressive grace and serenity despite her purported mental instability and Matteo Cocco’s appalling black and white images and freeze frames which lend and air of artificiality to the whole undertaking: they lack any crispness because they have been probably shot originally in colour. In an attempt to evoke feelings of helplessness, her bus becomes flooded with water. Other artful gimmicks include clouds of ink which gather whenever Anna looks out of her window into the Bay of Naples. Obviously, Gaudino is trying to convey Anna’s mental illness in these symbolic sequences but the results are often overbearing and provide no real insight into her troubled mind. An often repeated kitsch-colour scene shows her as an angelic child, having to ‘fly’ from her window down to the yard on a secured rope. But despite her unhappiness she feels a responsibility to her kids, despite Santina’s turning against her on the grounds of her lack of enterprise in acquiesing to her difficult past.  Valeria Golino won the Silver Lion for Best Actress at last year’s Venice Film Festival for her portrayal. She is the only reason to watch this over-ambitious, but flawed drama. And, of course, Adriano Giannini who is superb as the quintessential Latin Lover, with his raffish charm and come to bed eyes. AS