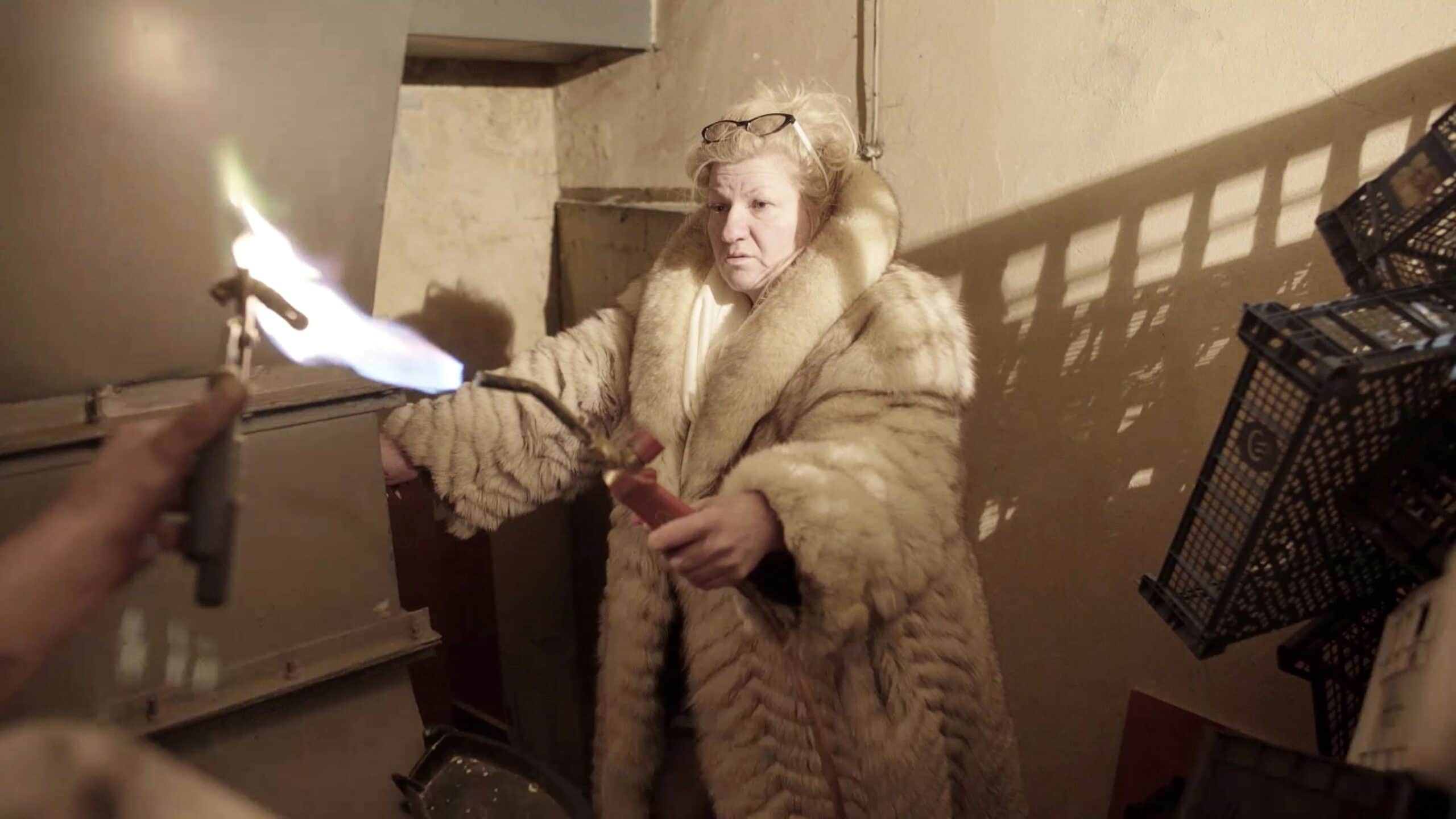 Poland’s largest pawnshop has moved from the centre of the city to the outskirts, but still cannot make a profit, largely down to a lack of business expertise by its eccentric owners Jola and Wisek.

Clearly their bizarre relationship captured the imagination of first time writer/director Lukasz Kowalski in his rather dubious and structureless undertaking. The pawnshop is clearly a labour of love for Wisek and Jola who puts fake Zloty notes cut from a magazine in the till in the pretence of hard cash. Often customers are asked to pay “what they want”. There are only 86 Zloty in the cash register at the time of filming.

In a shop boasting over 70,000 items there seems to be a preponderance of deer antlers and non-functioning electrical items, including a kettle that nearly exploded on a trial run. Crystal glass is also a great runner, so we are told; but the 19th century phone, many have an eye on, is not for sale at any price, it belongs to Wisek and he is keeping it. A look at the book section shows an abundance of self-help titles: ‘Medicine and Sex’, ‘Women and Sex’ ‘A new way of Sex’. Either the previous readers want to pass on the knowledge or gave up trying to improve their lives.

Customers ringing to complain about faulty goods purchased are given short shrift by Jola who tells them, in no uncertain terms, to repair the items themselves. When Wisek shows her a ‘mammoth tooth’, he has bought and hopes will bring in a healthy profit, the two nearly have a bust up. Next, there is some complaint about some welding equipment and Loya nearly burns the place down with a blow torch.

The shop assistants moan about their pay, or the lack of it. Jola expects gratitude for keeping them on in the current climate, but the workers are not impressed. Jola and Wisek have been together for eight years, but there is not much love left, Wisek claiming: “You only care about money, not feelings”. Jolanta, one of shop assistants, is so bored she starts trying on fur hats. They suit her, but on her salary, she could never afford them. Finally, Jola and Wisek come up with a marvellous new idea.

DoP Stanislaw Cuske does his best to make the dowdy subject cinematically appealing but with a long line of banalities and hardly any dramatic arc, he runs out of ideas. Kowalski was clearly intending to make a mockumentary about this sorry state of affairs but sails a bit too near to the wind in the current state of living crisis. AS

SCREENING AT CPH:DOX 2022 | SELECTED FOR THE DOC ALLIANCE AWARDS