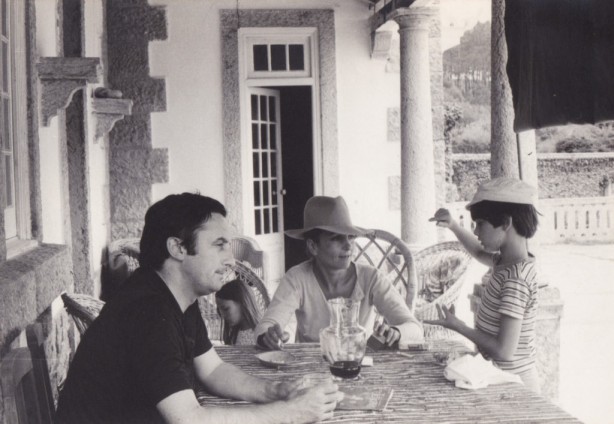 “Just take of your knickers” said Victor Willing to Paula Rego and thus began a love story that was to dominate the life and work of a talented but timid Portuguese painter who arrived in London in 1950 leaving the comfort of a middle class home and a country in thrall to Salazar’s misogynist dictatorship. Salazar was to die after falling off a canvas deckchair, but Paula Rego fought manic depression and the male-centric art world to achieve international success painting canvasses that left Charles Saatchi gobsmacked.

This unique insight into the celebrated artist, who has died at the age of 87, is pictured above with her her son and film-maker Nick Willing, was brought up in Portugal and in Camden in a house bought by her father, where Paula and her husband the artist Vic Willing, arrived penniless after he was struck with multiple schlerosis, having lost the business left by Paula’s father. Notoriously private and guarded, Rego opens up for the first time, revealing how she channeled her shyness into her art with extraordinary results, using her powerful pictures as a therapy for her own demons, difficulties and personal tragedy. Through painting she continued to raise awareness of female issues and animal rights (her personal favourite charity is Dogs of Barcelona. Nick Willing enriches the film with a fascinating archive of home movies, family photographs and interviews spanning 60 years, describing the evolution of Rego’s work from early days at the Slade to the present day. What emerges is a deeply personal and intimate portrait of an artist whose legacy will survive the years, graphically illustrated in her preferred pastel, charcoal and oil paint. Poignantly, Willing asks his mother about her most proud achievement: “Winning the Slade Summer Prize when I was 19”. MT