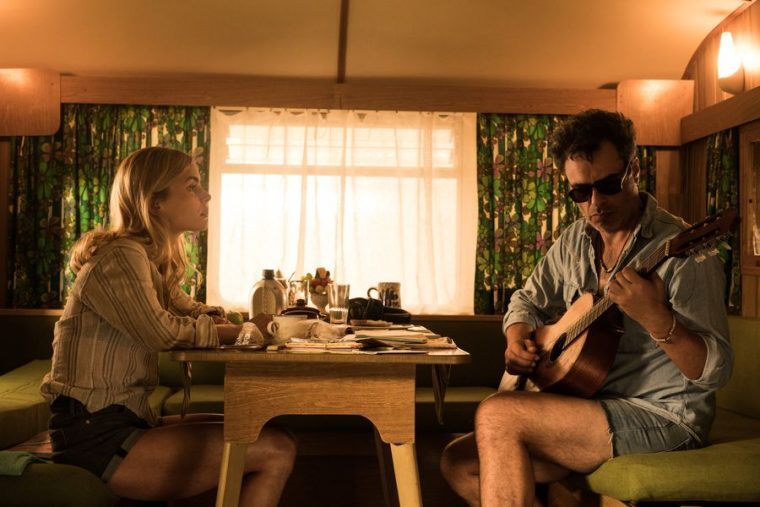 In his late thirties the naive main character Patrick (Janssens) is still living with his father Rudy (de Pauw) and blind mother Nelly (Damen). They run a summer camp fraught with  scantily dressed, middle-aged holiday-makers. Rudy is on his last legs but his son has no aptitude for business, and so he relies on Herman (Bokma), whose wife Liliane (Van Welt) projects her lust on the undersexed Patrick.

Into this bizarre environment comes Natalie (Hoekstra) whose unfaithful musician boyfriend Dustin (Clement) immediately strikes up a relationship with another adoring female. So Natalie decides to turn her attentions to Patrick whose sideline as a joiner now becomes central to the narrative, and the tool of his trade, a hammer, one of the main protagonists. When Rudy dies, Herman and Liliane plan to take over the place, declaring Patrick ‘not fit for purpose’, in running the camp’s affairs – not least because his hammer was the weapon of choice in a catastrophe that cost the commune their entire funds. It soon emerges that the hammer was also the weapon used in a murder in Brussels.

Even though the naturalists proclaim to be progressive, they are really straight out of the 1950s. Mielants’ humour does not always come off, and De Patrick often feels repetitive – the running time could be tightened up a tab. But there are enough contradictions to keep the show on the road, and Janssens makes for a brilliant anti-hero. AS