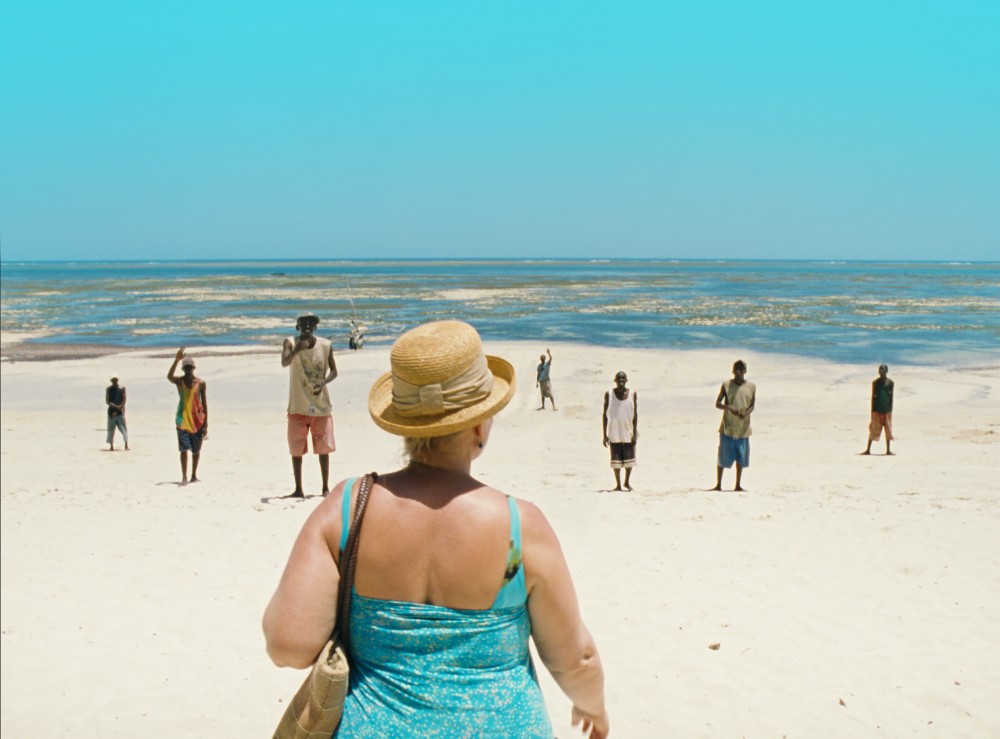 With wicked humour and a sinister twist, Ulrich Seidl and his long-time collaborator, Veronika Franz, have tapped into a raw nerve of the female psyche with three interlocking stories based on Odon von Horvath’s 1932 play ‘Faith, Hope and Charity’.

The “Paradise” trilogy of films eloquently and provocatively probe the trans-generational experiences and differing concerns of a contemporary Austrian family of three women: a young girl, Melanie; her mother, Teresa and aunt Anna Maria. These focus on teenage issues, sex and religion.

The first in the trilogy, Paradise: Love, centres on Teresa (Margarethe Tiesel), a voluptuous but matronly blonde in her forties who has disappeared below the search radar of most men on the local dating scene. But when she heads off to Kenya for a much needed blast of sun, her prospects seem to improve.

In an atmosphere laden with post-colonial overtones, alluring young African men line the sandy beaches pandering to the egos of white female tourists and offering their wares: and we’re not only talking coconuts and local crafts here. 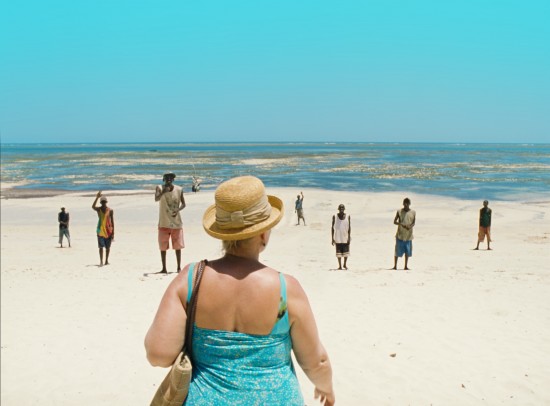 Seidl perfectly captures Teresa’s glee and naivety here. Like a child in a sweet-shop, she is flattered by attention and ‘strings free’ sex. Later in the hotel bar, her new friend (Inge Maux) confides the transactional nature of these encounters. Far from innocent, they do offer rich rewards: sex with the young and toned and a welcome change from the tired and baggage-laden men back home. Her new friend has already found a virile biker to sleep with and can hardly believe her luck.

Tiesel tackles the role with aplomb, managing to come across as flirtatious but in control to the first guy she meets, pursuing the usual line of fake conversation laden with intent.  Attempting to ‘teach’ him how to kiss her she then becomes truculent and tearful when he doesn’t play the game.  Wising up, she begins to assert her superiority in a finely-turned turn that combines vulnerability with wilfulness and a certain amount of playful guile. As her skin turns golden, her methods become more sophisticated in the game of looking for love in all the wrong places. Cinematographers Ed Lachman and Wolfgang Thaler’s seductive-looking beach scenes contrast with the hard-edged reality of poverty and humiliation where women turn the hunter as much as they do the prey.

Eric Cantat’s Going South already dealt with the subject of female sex tourism in his acclaimed feature back in 2005, so does Ulrich Seidl bring anything new to the story of passport hunters and white, middle aged cougars, nearly ten years later? The answer lies in his observational approach to the subject matter, allowing us to form our own opinion of the state of play, and in the well-drawn characters. He also takes the narrative forward showing how power can lead to degradation in a role reversal that is both intriguing and novel and adds considerable depth to the male/female dynamic taking it into the realms of anthropology.  Subtle dialogue captures the intricacies of the female mind in this authentic story that’s entertaining and insightful particularly for male audiences. MT

PARADISE: LOVE IS ON GENERAL RELEASE FROM FRIDAY, 14TH JUNE 2013.  THE ENTIRE TRILOGY CAN BE SEEN ON SUNDAY, 16TH JUNE AT THE RIO CINEMA, DALSTON, LONDON.