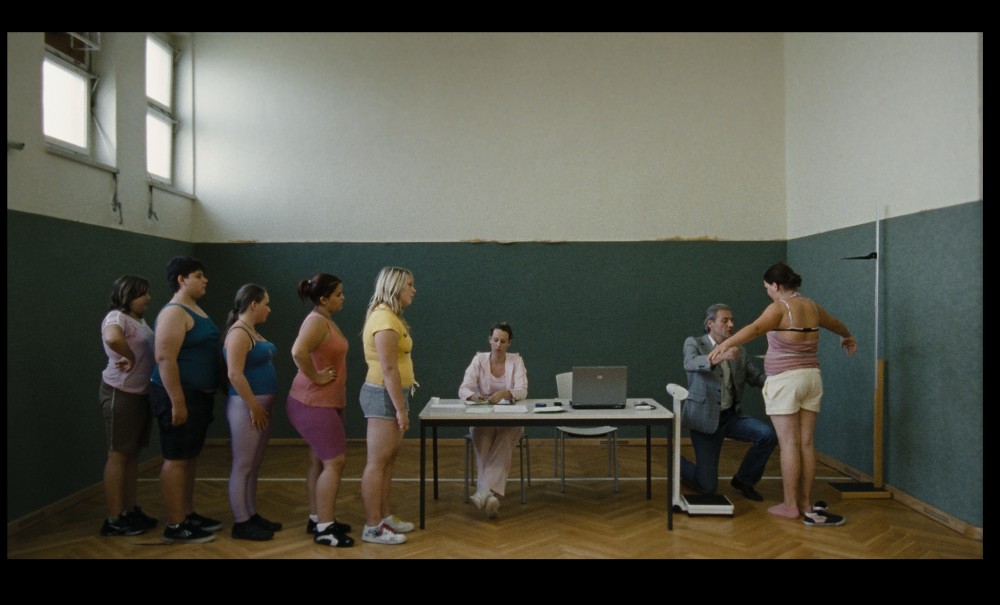 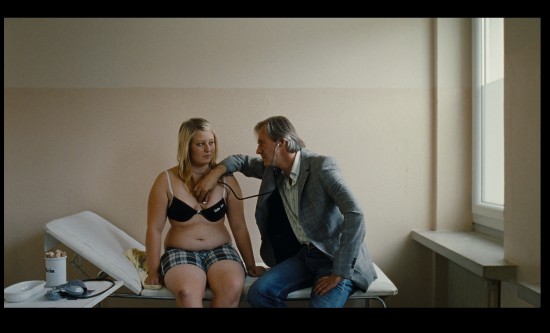 Paradise: Hope is the second feature of the Ulrich Seidl’s trilogy of films focusing on female stories in a contemporary Austria. This one is based Teresa’s 13 year-old daughter Melanie, the 13-year-old daughter of Paradise: Love‘s character: Teresa.  Like many young girls in their teens these days, she’s verging on obese and is dispatched to a health camp for teenage fatties in the Austrian Alps, while Teresa goes in search of sex in Kenya.  Once there the homesick Melanie soon finds herself sharing a room with another overweight teen Verena, (Verena Lehbauer) and exchanging sweets and salacious stories about their experiences with the opposite sex.  There’s nothing new here about the sex-tinged gossip, it’s much the same as it was in my day but the obesity is what really stands out in these contemporary teenagers.

Ulrich Seidl uses the same observational style here which works so well in Paradise: Love, using minimal dialogue and lingering camera shots that leave space to speculate and enjoy his darkly humorous and provocative narrative, it’s a style that works particularly well here leaving the audience to engage with the characters and the mood of his narrative which is light yet unsettling. 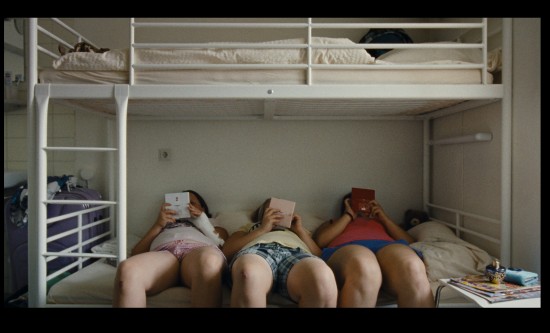 During the regular medical examinations, Melanie (Lenz) starts to develop a plausible yet inappropriate attraction to the in-house doctor, a man in his fifties. It’s a brilliant and highly inventive turn by Joseph Lorenz as Arzt. He doesn’t come across as a family man and could almost be a player, but Seidl leaves this very much to our imagination and in the process creates a seductive image that provides a clever counterpoint to Teresa’s tomboys in Paradise: Love.

Melanie gradually emerges as a vulnerable character with a well-developed sense of her own sexuality and ability to seduce and beguile: she an utterly normal teenager.  It’s a poignant and moving portrait of first love. The strange chemistry that between her and the doctor brings an elements of suspense and titillation to the proceedings leaving us to speculate on how the story will progress; in other words: who will seduce whom? The outcome is dark and disturbing but not as you would expect.

The other male lead is the archetypal sports trainer (Michael Thomas) who is only  interested in exercising his ego and comes across as rather a sad figure to whose draconian authority the girls soon subvert to with a mixture of tolerance and collective covert mockery.  Nestling in its placid and orderly Alpine setting, the ‘Clinic’ is a perfectly functioning model of perfection for normal teens ruled over by dysfunctional role models. Just scratch the surface and latent rebellion lurks in every corner and corridor, pointing at some very real concerns beyond. MT