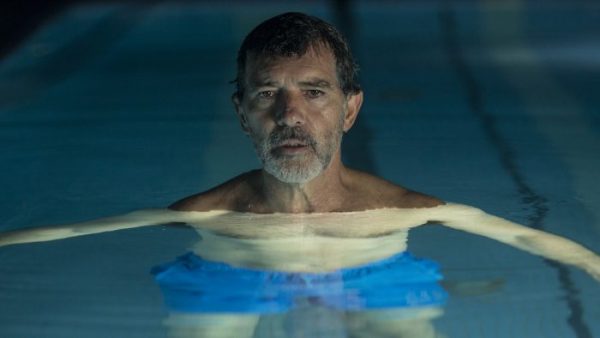 Pedro Almodóvar has never won the coveted Palme d’Or but here he gets another chance to prove his impressive talents at portraying with probing insight and humanity a variety of tortured characters both male and female. Pain and Glory is a uniquely piquant and personal portrait that takes us into his own heart through the story of another struggling filmmaker. Once again, as we enjoyed in Julieta, this is a confident and passionate affair resonating with the work of many great auteurs before him, Fellini springs to mind, and the film is seductively set to a score by Alberto Iglesias. But this is one of his most subtle almost sensitive works to date that feels convincingly honest and spontaneous, while quailing away from theatricality it is elegant and self-assured. Maybe the Spanish director has finally let down his guard and bared his soul in this rather delicate drama. It follows one Salvador Mallo (his longtime collaborator Antonio Banderas who plays his alter ego with feeling) a filmmaker who has lost his way and now reflects mournfully on his past in lonely solitude as the present quietly collapses around him. And we feel for his quiet pain in every scene as the narrative unfolds in the context of other minor stories. Finally the fourth wall is broken and we discover the truth, in rather an abrupt finale. Mallo opines “a great actor is not the one who cries, but the one who knows how to contain his tears”. Pedro Almodovar has finally come home, but ironically Banderas wins the award. MT