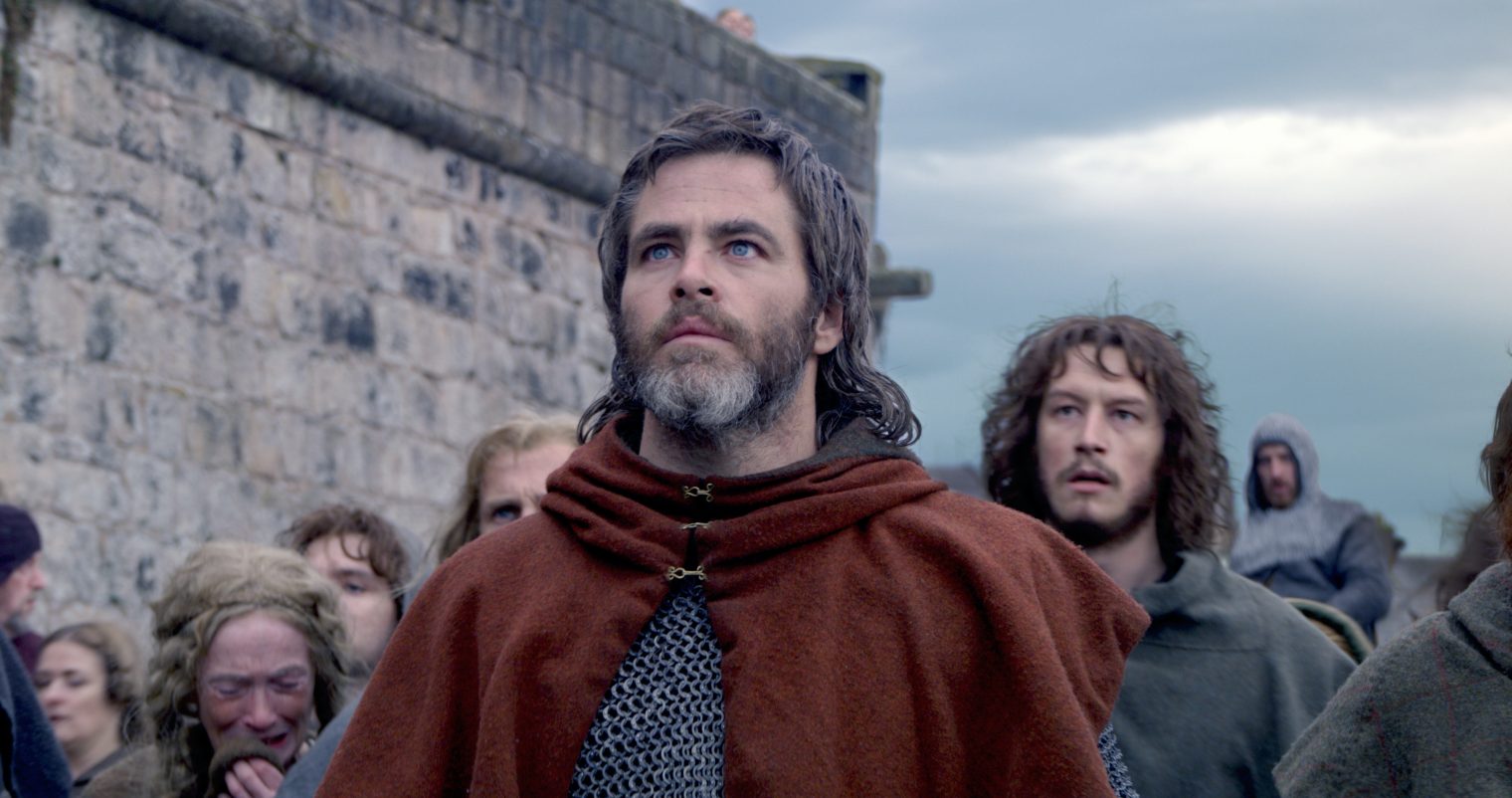 Director David Mackenzie (Hell or High Water) and his four scriptwriters have made this history book of medieval wars between Scots and English into a legend of machismo – but in the end the rivals all emerge as anti-heros, and all is drowned in blood and mud.

In 1304, after the end of William Wallace Revolution,. Robert the Bruce (Pine) attempts to unify the Scotts  tribes to fight Edward I (Dillane), who has seized the Scottish throne for himself – instead of appointing a promised Scottish successor. As a sign of the new alliance, Edward I allowed Robert the Bruce to marry Elizabeth de Burgh (Pugh), daughter of the powerful Earl of Ulster. But after the death of Edward I, his son, the Prince of Wales (later Edward II of England), captured and imprisoned Elizabeth, who was not willing to divorce Robert.

Robert’s fury is fed by the treachery of a Prince of Wales, who was once his close friend. After many years of imprisonment, Elizabeth was re-united with Robert, and they had three children. The many ambushes culminate in the Battle of Loudoun Hill (1307), the show-piece of the feature, and turning point of the campaign for an independent Scotland – even though the war would last another twenty years.

Together with his second in command, James Douglas (Taylor-Jones), Robert is shown as ruthless and risk-loving. The action scenes are repetitive and cruel: at one point during the Battle of Loudoun, spikes are used by the Scots to pierce the bodies of the English horses.

Outlaw King is redeemed by a handful of scenes that are worth watching – between Elizabeth and Robert (who is rather gentle with his young wife) – and these provide a counterpoint to the endless monotone warring, although Mackenzie ruins it with an embarrassing sex sequence. At least Elizabeth is shown as being as stubborn and bloody-minded as her husband, and Pugh excels in another strong female role.

Cut down from the 146 minutes of the version shown at TIFF, Outlaw King is still far too long. DoP Barry Aykroyd captures the fighting scenes with great power, but in the end, the over-kill is tiring. AS