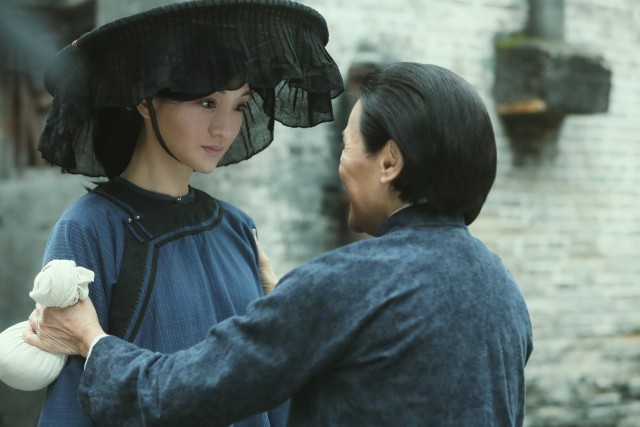 Best known for her noble drama A Simple Life, Ann Hui rose to fame with her Japanese occupation-themed dramas, Love in a Fallen City (1984) and Song of the Exile (199. She returns to the era with her latest: OUR TIME WILL COME a languorously-paced and lushly-crafted snapshot of WWII occupation which explores the bitterly poignant experiences of a young woman who becomes a resistance fighter. Hong-Kong’s struggle for freedom is resurfacing again today, over seventy years later.

In 1942, serious-minded school teacher, Fang Lan (Zhou Xun) is living with her mother (Deannie Ip) when her boyfriend Wing (Wallace Huo) leaves to work for the Japanese. Fang is inspired by seeing how a local intellectual goes underground with the help of Dongjiang resistance guerrillas and decides to join their forces under the auspices of their suave leader (Eddie Peng Yuyan), eventually rising up through the ranks.

The undercover operations are stunningly captured in vibrantly elaborate images on the widescreen and in intimate close-up, often echoing French classic Army of Shadows (currently at the BFI Melville retrospective). The unobtrusive classic score adds a certain gravitas and Zhou Xun is the standout in an absolutely brilliant performance of elegant dignity as Fang, slowly gaining stature into her resistance role.

The film also stars the wonderful Tony Leung who plays a war veteran, now taxi driver, in a recurring black and white vignette set in comtemporary Hong Kong. In the black and white opening scene, and again half way through, he recalls the fond memories of the bravery of resistance leaders he once knew including Fang Lan.