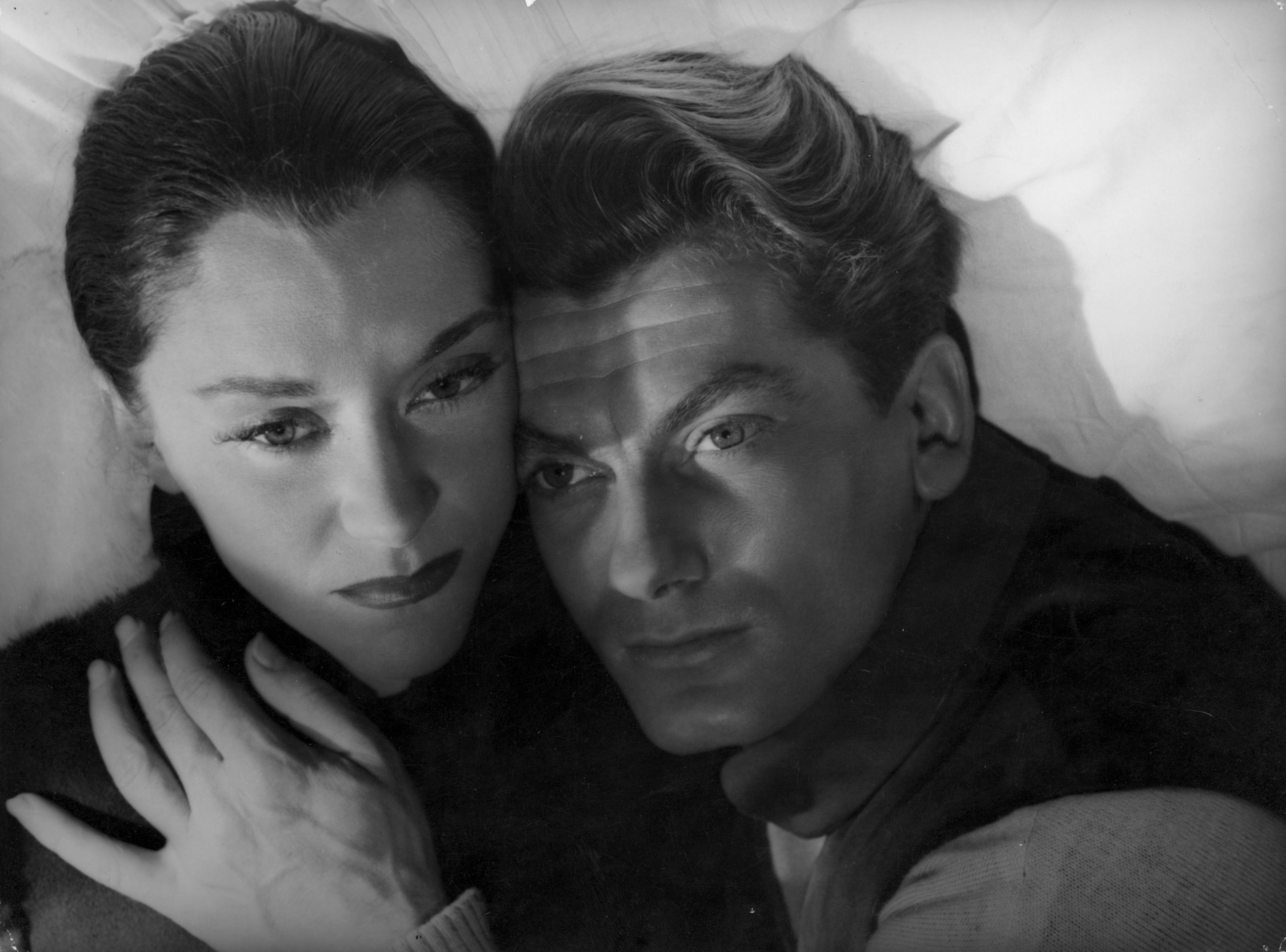 Jean Cocteau’s modern version of the Orpheus myth still retains its poetic magnetism and astonishing freshness despite a primitive post-war budget that features Cocteau’s delicately drawn astrally inspired opening credits. But this adds to the film’s allure just as it did four years earlier with La Belle et La Bête, also made on a shoestring budget.

There is a dreamlike logic to Cocteau’s narrative that combines with Nicolas Hayer’s inventive camera angles and Jean d’Eaubonne’s set design to give the film a fantasy feel where Orphée (Jean Marais) is transformed into a Left Bank singer obsessed with an enigmatic raven-haired demon princess (Maria Casarès) who captures his imagination inspiring him to follow her into the underworld.

Cocteau brings his talents as a novelist, playwright and artist together to impress his longtime mentor Diaghilev in a gleaming mythological drama whose contemporary resonance is clearly felt throughout the sumptuous production featuring a glittering cast of French talent and his own partner Marais. Particularly enjoyable is the scene where we take a backseat in a chauffeur-driven a Rolls Royce Fantom Cloud for a mystery journey through the French countryside

Orpheus and Eurydice (Déa) are lovers. We first meet the tousle-haired Orphée in the opening scene at the ‘Café des Poétes’ where the postwar Left Bank credentials are effortlessly established with writers and creative types shooting the breeze over Gauloises and Pastis. Death soon arrives in the shape of the Princess (Casarès) making her presence known gracefully in her black Rolls-Royce. Over the car’s radio the BBC’s coded instructions to the Resistance ring out. Meanwhile in Hell lurks the shadow of the German Gestapo. In Cocteau’s version of the story Orpheus and Eurydice are saved by Death’s self-sacrifice along with her soigné assistant Heurtebise.

Orphée has a mildly melodramatic tone, a lightness of touch and an appealing wit that complement the gorgeousness of its mise en scène making Cocteau of most admired and revered filmmakers of his own generation and the New Wave. So much so that Truffaut produced his  sixth and final film, Le Testament d’Orphée, which reunited most of the cast of Orphée and is dedicated to the Nouvelle Vague.

“Quite apart from its symbolism Orphée is tells a mystical adventure, sustaining a balance between the real and the magical and maintaining its hypnotic rhythm beyond the first scene in the poets’ café, at the end of which Orpheus goes off with the Princess in her car, and slowly building up a poetic and beguiling atmosphere – creating a fascinating dramatic arc as the mirror opens, the Princess appearing and disappearing again in the streets of Paris while Orpheus desperately pursues her, the motor cyclists shoot past along the dusty road, as the radio echoes its impenetrable messages in the car. The original tagline called it  – “The immortal thriller”.

Cocteau replaces the arbitrary force which death represents in Greek mythology by human figures with human desires and feelings.  The Princess loves Orpheus: Heurtebise loves Eurydice: both sacrifice their love, knowing it cannot successfully be pursued. Poets have always been obsessed with death: here, death also falls in love with poets. The symbols, the mysteries and the powers of death must by their vibrant nature be “living”. The princess is a tragic creation despite her haunting beauty and Gothic allure. Auric’s recurring flute score is eerily evocative along with the striking drum rhythms of the Bacchantes, making this fantasy drama both ravishingly elegant and chilling’.

The magic of cinema is sensationally realised in Jean Cocteau’s darkly enigmatic Orphée, one of the great masterpieces of the French avant-garde. Newly restored by SNC (Groupe M6), Orphée returns to the big screen on 19 October 2018, released by the BFI in selected cinemas UK-wide and screening at BFI Southbank from 22 October as part of The Deep Focus season on the French Fantastique.