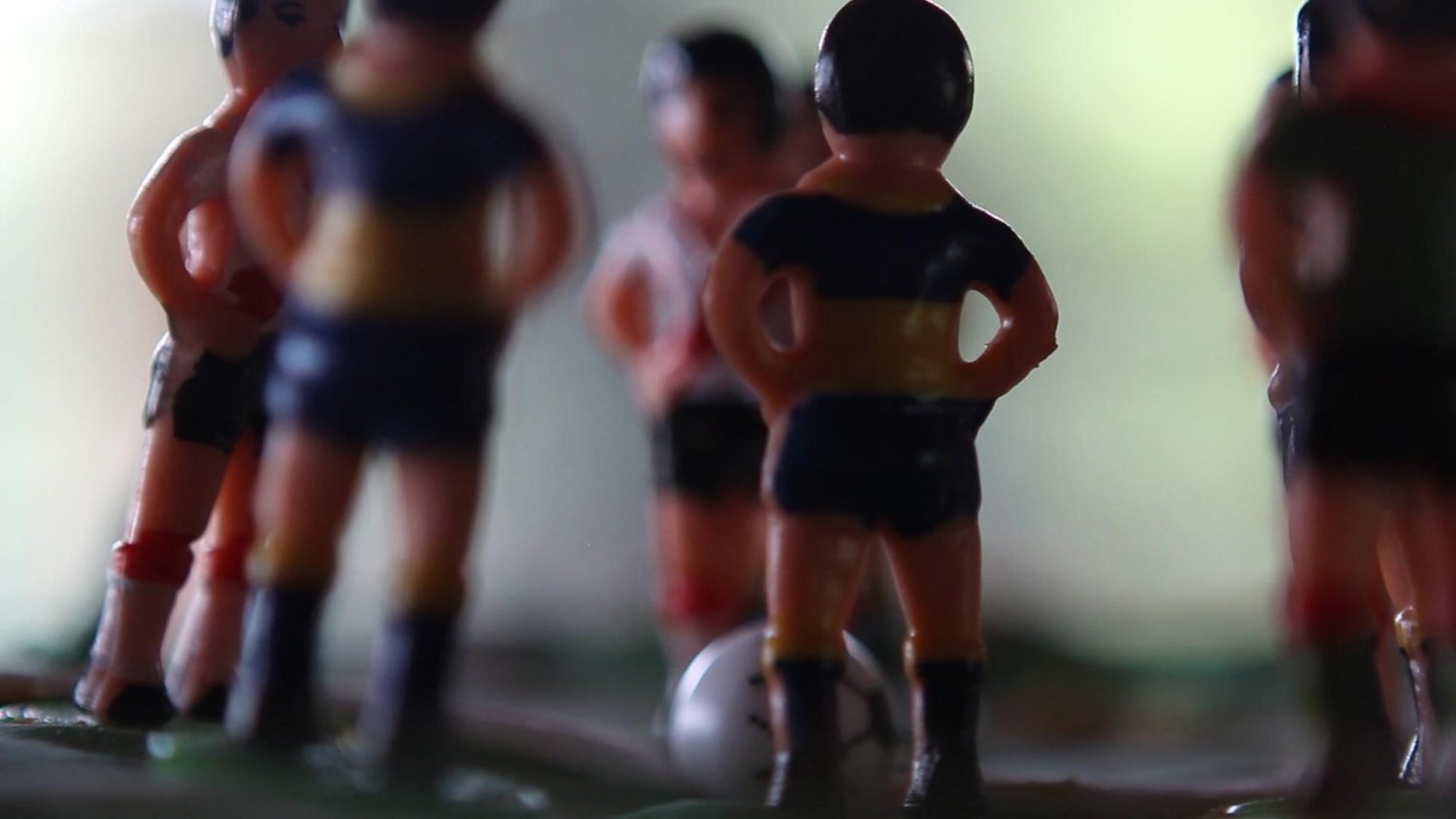 Orione is a haunting expressionist portrait of grief in the aftermath to a shooting in Don Orione, Buenos Aires. The man who died was Alejandro “Ale” Robles, a gang member and petty criminal who was eventually betrayed by a friend and killed by a police bullet. In the days following the tragedy, Ale’s mother Ana finds soothing solace and therapy in baking – and so do we – as we watch her methodically stirring the cake mixture and kneading the topping for a football-themed cake in tribute to his life. Her feelings of shock and profound pain seep through the voice-over of this exposé of life in the barrio. Playing out in a collage of memories, footage of recent events and home movies of Ale’s childhood: A boy recalls his father being taken away, police questioning takes a sinister twist as events turn sour. As we try to fathom out what happened, an arrested suspect is led to a dimly-lit cell. Grim scenes in a mortuary follow: a greying torso still dented by clothing marks, provides the focus for the surgeons’ discussions. A lifeless hand flops over the gurney, as blood swirls away in a nearby sink. Toia Bonino’s cinema vérité mood piece slips between the macabre horror of the morgue and the tender memories of a family home, kiddies gurgling in a cosy bed. A life of crime comes out of a story of love: that of a mother for her son, and a woman who would bear him a child – post mortem. Ale chose a life of crime for the wages of death. Tonino shows how women create and men destroy in this ethnographic study of urban South America. MT

ORIONE is an ICA CINEMA distribution project | SCREENING AT THE ICA