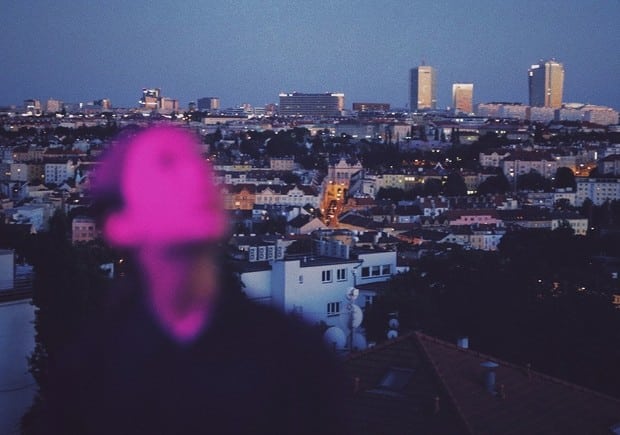 In the opening scene of this surreal three segmented sci-fi themed sophomore feature from upcoming Hungarian Romanian director Christina Grosan, Hana, a capable middle-aged publisher approaching retirement is having a tough time. Recently widowed, she is then made redundant from her job, and desperate to get rid of a strange monkey robot bought by her late husband. Grosan sets the tone for an enigmatic and disorientating film centring on three women and echoing our turbulent times.

In the games shop Hana (Tatjana Medvecka) meets Tereza (Nora Klimesova) a teenager who is later seen celebrating her birthday. The bunting put up by her parents to mark the occasion mysteriously catches fire just as guests are arriving for a party that ends in disaster after a patronising comment from one of Tereza’s friends sends her rushing back to the safety of her bedroom where her cat is just giving birth. Tereza cleverly manages to cut the cord and stimulate the kitten’s breathing, although not its suckling response.

Rushing back to the mall pet shop Tereza runs into Hana who provides the vital kitten food to keep the animal alive. Meanwhile all hell has broken loose again back home where Tereza’s parents are being evacuated due to an air raid. Enter Silva (Petra Buckova) whose washing machine has gone on the blink just as she was about to take her disruptive kid David to the dinosaur park. They make their way through streets, and later at the swimming pool it emerges that David has injured one of local kids in a fight and is generally unpopular. Later David’s antics will provide the source of much anguish when the police demand the evacuation of the mall where he has joined other kids in a play group. Hana and Tereza find themselves trapped in the mall with alarms and sirens blazing only heightening the atmosphere of generalised angst and mass hysteria. David and Tereza join forces to try and find a way out of the mayhem.

With inspired visual allure and an apt score highlighting moments of hope and bewilderment, Grosan and her writer Klara Vlasakova tell a trio of interlocking tales capturing the zeitgeist of an intelligent society traumatised and destabilised by the unusual events besieging them. Lurching from one crisis to the next, but always getting there in the end through working together, this upbeat drama carries with it a message of hope in an uncertain future. MT