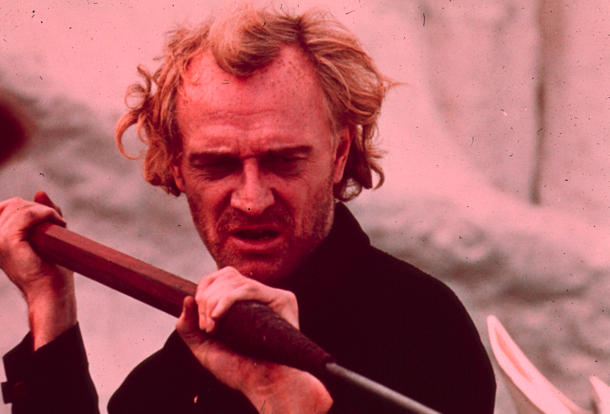 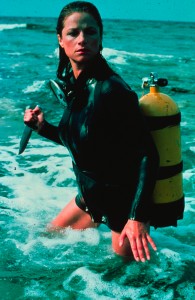 The phenomenal success of seventies ‘natural horror’ hit JAWS led to a proliferation of visceral monster movies and one of the most popular was Dino Di Laurentis’s 1977 outing ORCA, based on the book by Arthur Herzog.

Packed with goodies such as Charlotte Rampling, Richard Harris and Bo Derek, there’s even an edgy soundtrack from Ennio Morricone (The Good, The Bad and The Ugly). 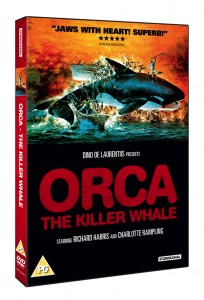 In a lecture theatre, a smouldering and commanding Charlotte Rampling tells us how a killer whale’s brain is possibly more complex than a human’s: it also shares a penchant for revenge.  With these frightening facts in mind, Richard Harris (as Captain Nolan) sets off in his rickety boat to do battle with the mighty beast whose pregnant mate he has earlier butchered for fun. Today, animals rights activists would be up in arms but anyone who likes animals will cringe and shudder in pain as Harris literally hoses the dead whale fetus off his decks, amid ferocious squealing – and that’s just from fresh-faced boat-mate Bo Derek, who injures a leg in the incident. Despite a stiff warning from American Indian, Umlak (Will Sampson/Poltergeist) Richard Harris and his team (including la Rampling) is forced to pursue the revenge story to a bitter, tragic and totally ludicrous end.  MT