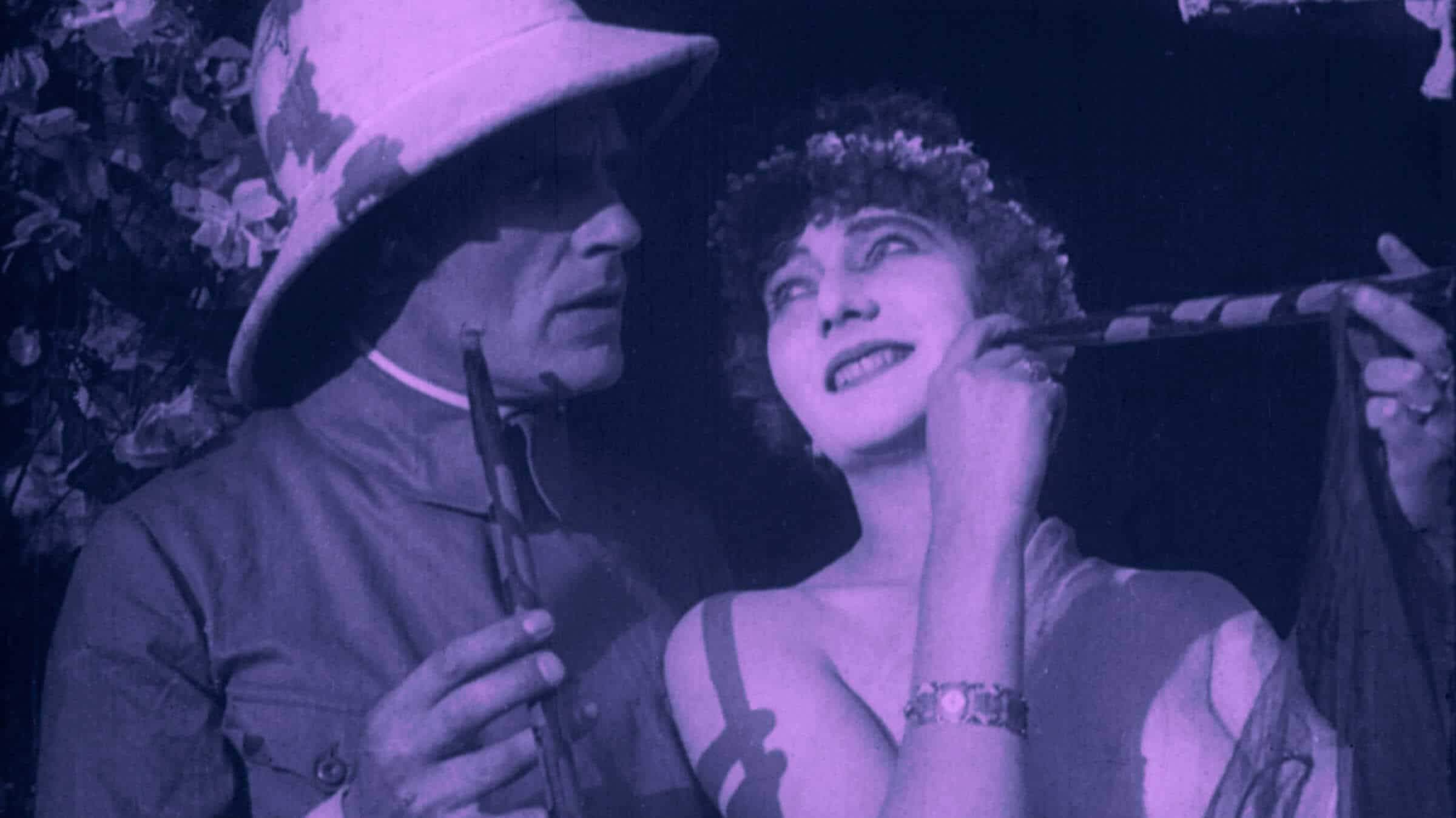 Siegfried Kracauer – who hit thirty the year this feature came out – was able personally to recall the  film’s first release which ran in an expensive Berlin movie theater with the house sold out for three weeks. Of course, one avoided being seen on such occasions”!

With prescription of addictive opiates currently causing a panic in Britain it’s timely to see again this dire warning against the perils of opium a hundred years on; restored to its former glory with magnificent tinting, handsome exteriors and an involved plot starting in China and concluding in Europe.

With so much going on the plot thread involving opium is easy to lose track of, and director Robert Reinert is for the most part content to let his cast mug to the camera (Werner Krauss both looks and acts like Moore Marriott as the leering Chinese villain Nung-Tschang, who keeps magically popping up whenever the action relocates) and let the plushness of the production take care of itself. There are a couple of interesting camera tricks that anticipate Vertigo but Reinert more often favours scenes of Satan cavorting with nymphs to create the atmosphere he’s after!

Although he (eventually) makes an impressive entrance, Conrad Veidt isn’t actually in the film for very long, and the cast member who makes the most sympathetic impression is probably doe-eyed Sybill Morel in a double role as mother and daughter. Richard Chatten