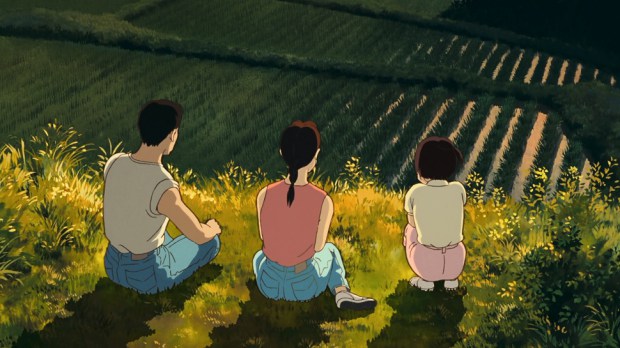 With the voices of Dev Patel, Daisy Ridley

Isao Takahata’s acclaimed anime is released for the first time in this English language dubbed version, starring Dev Patel and Daisy Ridley, in celebration of its 25th Anniversary.

ONLY YESTERDAY is a memorable classic combining delicately and gloweringly rendered drawings with a charming family story that recalls the tradition of Japanese live-action cinema. The family concerned is composed of Taeko (Ridley) an unfashionably single Tokyo office worker in her twenties, who gets a gentle ribbing from her family for not being married. Harking back to her happy childhood in 1966, she decides to take a staycation in the Japanese countryside where she reflects of the blissful times she once had when the Beatles came to town and she tasted her first pineapple (it’s that sweet!). Meanwhile, she strikes up a flirty friendship with a local farmer Toshio (Patel) who she confides in, while remembering the tenderness and the trauma of the early teens, a time when everything seemed exciting, daunting and possible in contrast to the reality of her current status dealing with the stark here and now. The use of negative space in the flashback sequences gives this a feeling of dreaminess all poignantly and tenderly evoked by the Studio Ghibli masters, Isao Takahata and Hayao Miyazaki. MT

OUT ON RELEASE COURTESY OF STUDIOCANAL FROM 15 AUGUST 2016