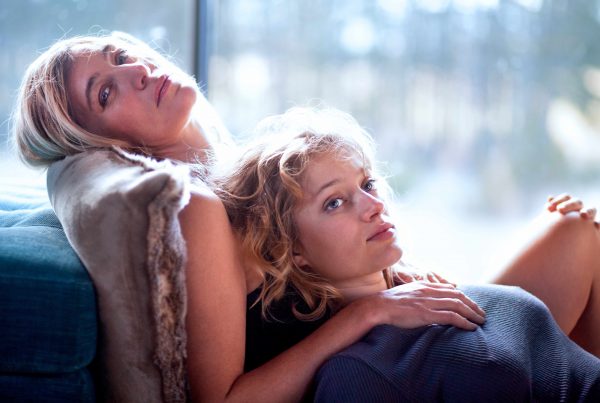 German born director Dominik Moll has been sadly neglected of late. Best known for his psychological thrillers Harry He’s Here to Help and Lemming and the hilarious News from Planet Mars (which never got a UK release) he came to Venice last year with one of the best features in the Venice Days line-up . Adapted from Colin Niel’s 2014 novel of the same name, this is an intense non-linear study of human behaviour, showing greed and possessiveness as the motivator that drives us all forward in the belief we are in love.

Most of the action takes part in a remote snowbound part of the French Massif Central, but the drama opens in the port city of Abidjan in Ivory Coast. There Armand (N’drin) sets in motion a sort of Ariadne trail, with one woman paying with her life for the sins of others. Armand is a small time grafter who finds photos of Marion (Tereszkiewicz) on the net, setting her up as bait for the French farmer Denis (Menochet), who is married to insurance saleswoman Alice (Calamy).

She has fallen for one of her clients, Joseph, an unstable farmhand in Denis’ employer who has been disturbed by hallucinations since the death of his mother: “I only talk to the animals”, he tells Alice. Meanwhile back in Abidjan, Armand has succeeded in making Denis fall for Marion, extracting the first tranche of the money transfers from the farmer. Armand, who nicknames Marion ‘Armandine’ – even though he has never met her – then invents a precarious story making Denis fall into the trap of wanting to rescue Armandine – whatever the cost. But the real Marion in in a relationship with Evelyne (Tedeschi), who shares a holiday home with her husband Guillaume just down the road from Alice and Denis.

This is a complex plot, intricately put together by Moll and his co-writer Gilles Marchand (who worked with him on Harry). Suffice to say it keeps up absolutely glued to the screen, enthralled by a seductively simmering plot line, Patrick Ghiringhell’s camerawork providing plenty of visual thrills including panoramic images of the magnificent mountain region and the lively African port city. A spine-tingling score of strings primps the moments of tension.

The saying “money makes the world go round”  has never been so true, and in this particular drama it is spot on: internet and money transfers connect every part of the globe. And every character wants a part of the action. Apart from Joseph, who leaves no clues to his disappearance from the scene in this enigmatic mystery thriller. AS